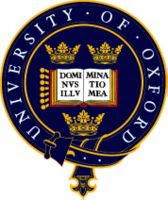 The University of Oxford (usually abbreviated as Oxon. for post-nominals), located in the city of Oxford, England, is the oldest university in the English-speaking world. 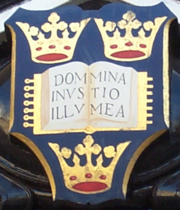 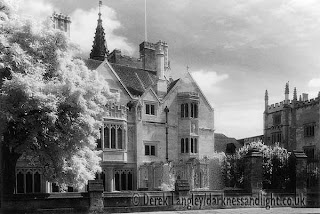 Magdalen college
History
The university traces its roots back to at least the end of the 11th century, although the exact date of foundation remains unclear. This dating would make its duration now equal to 900 years, comparable to Plato's Academy (ca. 400 BC - 529 AD). After a dispute between students and townsfolk broke out in 1209, some of the academics at Oxford fled north-east to the town of Cambridge, where the University of Cambridge was founded. The two universities have since had a long history of competition with each other. (See Oxbridge rivalry.) 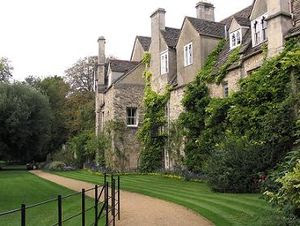 The town of Oxford was already an important centre of learning by the end of the 12th century. Teachers from mainland Europe and other scholars settled there, and lectures are known to have been delivered by as early as 1096. The expulsion of foreigners from the University of Paris in 1167 caused many English scholars to return from France and settle in Oxford. The historian Gerald of Wales lectured to the scholars in 1188, and the first known foreign scholar, Emo of Friesland arrived in 1190.
The head of the University was named a chancellor from 1201, and the masters were recognised as a universitas or corporation in 1231. The students associated together, on the basis of geographical origins, into two “nations”, representing the North (including the Scots) and the South (including the Irish and the Welsh). In later centuries, geographical origins continued to influence many students' affiliations when membership of a college or hall became customary in Oxford. Members of many religious orders, including Dominicans, Franciscans, Carmelites, and Augustinians, settled in Oxford in the mid-13th century, gained influence, and maintained houses for students. At about the same time, private benefactors established colleges to serve as self-contained scholarly communities. Among the earliest were John I de Balliol, father of the future King of Scots; Balliol College bears his name. Another founder, Walter de Merton, a chancellor of England and afterwards Bishop of Rochester, devised a series of regulations for college life; Merton College thereby became the model for such establishments at Oxford as well as at the University of Cambridge. Thereafter, an increasing number of students forsook living in halls and religious houses in favour of living at colleges.

The new learning of the Renaissance greatly influenced Oxford from the late 15th century onward. Among University scholars of the period were William Grocyn, who contributed to the revival of the Greek language, and John Colet, the noted biblical scholar. With the Reformation and the breaking of ties with the Roman Catholic Church, the method of teaching at the university was transformed from the medieval Scholastic method to Renaissance education, although institutions associated with the university suffered loss of land and revenues. In 1636, Chancellor William Laud, archbishop of Canterbury, codified the university statutes; these to a large extent remained the university's governing regulations until the mid-19th century. Laud was also responsible for the granting of a charter securing privileges for the university press, and he made significant contributions to the Bodleian Library, the main library of the university. 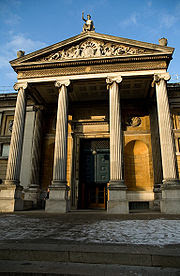 The university was a centre of the Royalist Party during the English Civil War (1642–1649), while the town favoured the opposing Parliamentarian cause. Soldier-statesman Oliver Cromwell, chancellor of the university from 1650 to 1657, was responsible for preventing both Oxford and Cambridge from being closed down by the Puritans, who viewed university education as dangerous to religious beliefs. From the mid-18th century onward, however, the University of Oxford took little part in political conflicts.

Administrative reforms during the 19th century included the replacement of oral examinations with written entrance tests, greater tolerance for religious dissent, and the establishment of four colleges for women. Women have been eligible to be full members of the university and have been entitled to take degrees since 7 October 1920. Although Oxford's emphasis traditionally had been on classical knowledge, its curriculum expanded in the course of the 19th century and now attaches equal importance to scientific and medical studies. 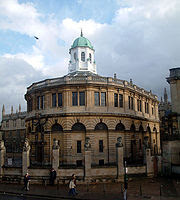 The University of Oxford is a member of the Russell Group of research-led British universities, the Coimbra Group (a network of leading European universities), the League of European Research Universities, and is also a core member of the Europaeum. Academically, Oxford is consistently ranked in the world's top ten universities. For more than a century it has served as the home of the prestigious Rhodes Scholarship, which brings highly accomplished students from a number of countries to study at Oxford as postgraduates; these students often return to their home countries to pursue leadership positions in academia, business or politics. 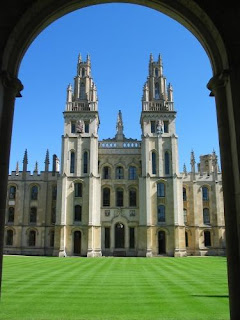 This page serves as a platform for students and academician to find out
which university to go.

Of course you can always give comment on that.

Hope you can find what you want here!

Happy Surfing and All The Best!

(Thank you for your support to this blog
and for the education of the blogger, God Bless You)
at 12:59 PM No comments:

Email ThisBlogThis!Share to TwitterShare to FacebookShare to Pinterest
Labels: Ivy League university, Top College, Top University, University, World Best University Ranking
Newer Posts Home
Subscribe to: Posts (Atom)
The roots of education are bitter, but the fruits is sweet ~ Aristotle
Education is the most powerful weapon which you can use to change the world ~ Nelson Mandela
Education is not a preparation for life, Education is life itself ~ John Dewey