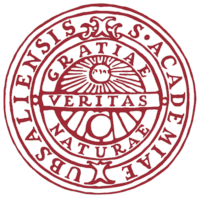 Uppsala University (Swedish Uppsala universitet) is a public university in Uppsala, Sweden, 78 kilometres (40 miles) north-northwest of Stockholm. Founded in 1477, it claims to be the oldest university in Scandinavia, outdating the University of Copenhagen by two years (although there was no teaching in Uppsala between 1515 and 1595). After a turbulent period following the reformation, the university rose to some significance with the rise of Sweden as a Great Power and a leading Lutheran state from the end of the 16th century (circa 1593). Uppsala University was given a relative financial stability with the large donation of King Gustavus Adolphus in the early 17th century.

The university has for centuries been an important place of science and learning, represented by names such as Linnaeus, Celsius, and Ångström, and in more recent times by several Nobel laureates in the sciences - such as Svante August Arrhenius. In addition, Uppsala also has an important place in Swedish national culture and identity: in historiography, literature and music, represented by names such as Rudbeck, Geijer, Atterbom, and Strindberg. Many aspects of Swedish academic culture in general, such as the white student cap, originated in Uppsala. It shares some peculiarities, such as the student nation system, with Lund University (founded in 1666) and the University of Helsinki.

The university has nine faculties distributed over three so-called disciplinary domains. It has about 40,000 students studying on an undergraduate level or enrolled in professional programs, and about 2,400 doctoral students. It has a teaching staff of 3,800 out of a total of 6,000 employees. Of its annual turnover of around 4 billion SEK, approximately 60% goes to graduate studies and research. It belongs to the Coimbra Group of European universities.

Uppsala University has traditionally had a strong presence in the area around the cathedral on the western side of the River Fyris, and although lack of space has forced it ever since the late 19th century to seek areas for expansion further towards the western and southwestern periphery of Uppsala, the presence of the university still dominates the historic centre of the
town. 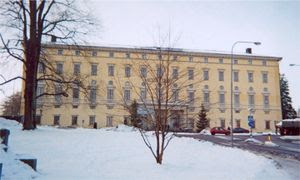 Uppsala University is a comprehensive international research university dedicated to advancing science, scholarship, and higher education. For more than 500 years, Uppsala University has been a distinguished seat of learning with rich opportunities for students and researchers at all levels. Our history is part of our strength – but our sights are on the future. 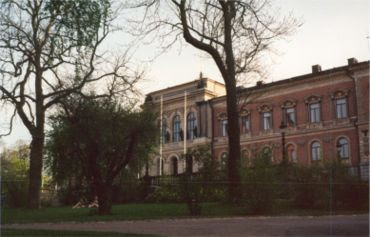 Uppsala is the oldest university in the Nordic countries – founded in 1477. Today’s advances in research and education are based on traditions of learning with deep historical roots. Living tradition and culture are part of our strength.

The University is divided into faculties for education and research. Faculties are governed by faculty boards. Uppsala University consists of nine faculties.

Oldest university in the Nordic countries—founded in 1477.

Uppsala University offers some 50 programmes for beginners, about 45 master programmes, and close to 2,000 single-subject courses.

Every year more than 40,000 undergraduate and graduate students enroll for classes. This corresponds to about 20,000 full-time students.

The most sought-after programmes at Uppsala University are dietetics, psychology, human resources, and medicine.

Every year some 4,000 undergraduate and graduate degrees are conferred. More than half are in professional fields such as law, psychology, pharmacy, medicine, nursing, engineering, and teaching. 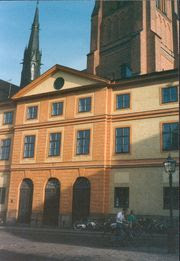 Email ThisBlogThis!Share to TwitterShare to FacebookShare to Pinterest
Labels: Sweden, Uppsala University
Newer Post Older Post Home
The roots of education are bitter, but the fruits is sweet ~ Aristotle
Education is the most powerful weapon which you can use to change the world ~ Nelson Mandela
Education is not a preparation for life, Education is life itself ~ John Dewey