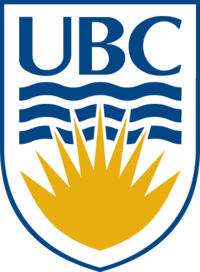 The University of British Columbia (UBC) is a Canadian public research university with campuses in Vancouver and Kelowna. UBC is rated as one of Canada’s top universities, and is well regarded worldwide.

One of UBC's Oldest building: Chemistry
The university boasts some of the city's best attractions & recreation facilities, including the Museum of Anthropology, the Chan Centre for the Performing Arts, the UBC Botanical Garden and Centre for Plant Research, and endless opportunities to explore forested trails in the adjoining 763-hectare Pacific Spirit Regional Park.

UBC's Vision for the 21st Century

The University of British Columbia, aspiring to be one of the world's best universities, will prepare students to become exceptional global citizens, promote the values of a civil and sustainable society, and conduct outstanding research to serve the people of British Columbia, Canada, and the world.

UBC consistently ranks as one of the top three Canadian universities by Research InfoSource and ranks as second in Canada and thirty-sixth in the world in the Academic Ranking of World Universities.

In 2006, Newsweek magazine ranked the University of British Columbia second in Canada and 27th in the world.The Times Higher Education Supplement of the UK ranked UBC as second in Canada and thirty-third in the world in 2007. According to Maclean's University Rankings, UBC has the highest percentage of Ph.D level professors among all public universities in North America (92%).

It has received widespread recognition by Maclean's and Newsweek magazines for its foreign language program; the Chinese program is North America's largest, and the Japanese program is North America's second largest (after the University of Hawaii).The Department of Art History, Visual Arts and Theory has been recognized consistently for the world-class artists who teach there. In 2003 the National Post stated UBC had the highest entrance requirements for undergraduate admission out of all universities in Canada.

to whom it may concerns
im an m.a student in linguistics and am interested in getting some information about the rank of the university in linguistics. it would be ur kindness if you give m some some line.