The Indian Institute of Technology Bombay (Marathi/Hindi: भारतीय प्रौद्योगिकी संस्थान, मुंबई), popularly known as IIT Bombay or IITB, is an autonomous university located in Powai, in north central Mumbai (formerly Bombay). It is the second-oldest campus of the Indian Institutes of Technology system and the largest National Institute in the state of Maharashtra. IIT Bombay has emerged as the most favoured destination for students amongst the 15 IITs with 54, 50, 46 and 52 students in the top 100 at the IIT-JEE opting for IIT Bombay in the years 2008, 2007, 2006 and 2005 respectively. Its record placement figures and location within the country's financial & entertainment capital are factors leading to this.

IIT Bombay was the second IIT to be established in 1958 with assistance from UNESCO and with funds contributed by the Soviet Union. UNESCO agreed to provide equipment and technical experts mainly from the Soviet Union, while the Government of India accepted the responsibility for all other expenses including the cost of the building project and recurring expenses.

The site chosen for the institute was Powai, eighteen miles (29 km) from the city of Bombay (Mumbai), with an area of 550 acres (2.2 km2) which was given by the then Bombay State Government. While construction was being completed, the first academic session of the Institute opened on July 25, 1958, in its temporary home at the Synthetic and Art Silk Mills Research Association (SASMIRA) building in Worli (Bombay) with 100 students. These students were selected from over 3,400 applicants for admission to the first year undergraduate programmes in Chemical, Civil, Electrical, Mechanical and Metallurgical Engineering. One of the main objectives of establishing the Institute was to develop facilities for studies in a variety of specialised engineering and technological sciences. The need for establishing adequate facilities for postgraduate studies and research was kept uppermost in mind in the founding years. 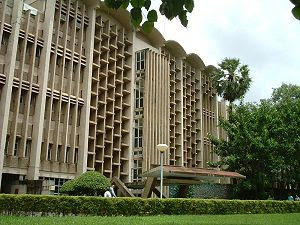 While the Institute was functioning provisionally at Worli, an effort was made to expedite the progress of the building project at its permanent location. When Jawaharlal Nehru laid the foundation stone of the Institute at Powai on March 10, 1959, water and electric supply lines were just being laid and one approach road to the site was under construction.

Today, nearly fifty years later, IIT Bombay continues to contribute significantly to the advancement of science and technology in India in a number of ways. It has produced world class engineers and scientists, and alumni of IIT Bombay are achieving success in various capacities as entrepreneurs, managers, technocrats, consultants and advisers, and as faculty members and researchers, in India and abroad.It is frequently rated as one of the best technical institutes in the world. 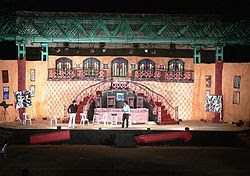 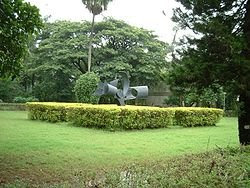