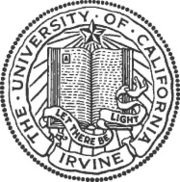 UCI is a center for quality education that fosters the passionate and enthusiastic expansion of knowledge. Our graduates are equipped with the tools of analysis, expression and cultural understanding necessary for leadership in today’s world.

UCI is consistently ranked among the nation’s best universities – public and private – with achievements in a broad range of fields that have garnered high national rankings for many schools, departments and programs. Three UCI researchers have won Nobel Prizes – two in chemistry and one in physics.

The university is noted for its excellent research and graduate programs, an extensive commitment to undergraduate education, and a growing number of professional schools and programs of academic importance and social significance. Recent additions include public health, pharmaceutical sciences and nursing science programs, as well as a new School of Law scheduled to open in 2009.

Some Facts about UCI

UCI is among the fastest-growing campuses in the UC system. Increasingly a first-choice campus for students, UCI attracts record numbers of undergraduate applications each year and admits freshmen with highly competitive academic profiles. We enrolled our first undergraduates in public health and nursing science last year, and are continuing to expand our educational role in these and other fields critical to California's health and prosperity. This year, we hired renowned constitutional law scholar Erwin Chemerinsky as the inaugural dean for our new law school, which welcomes its first class in fall 2009.

UCI is a center for quality education and is consistently ranked among the nation's best universities. Achievements in the sciences, arts, humanities, medicine, and management have garnered top 50 national rankings for more than 40 academic programs. Three UCI researchers have won Nobel Prizes—most recently Irwin A. Rose, in chemistry, in 2004.

UCI reaches beyond the classroom and laboratory to help solve societal issues and support human development. We are a hub for stem cell research, a trailblazer in understanding global warming, and a leader in the fight against breast cancer. Our nationally ranked medical center in Orange serves as Orange County's only Level I trauma center, and we are currently building a new state-of-the-art university hospital that will further strengthen medical care for the region's citizens.