The First Board of Governors included Albert Einstein, Sigmund Freud, Martin Buber, and Chaim Weizmann. It is home to the world's largest Jewish studies library, scholars who have been faculty members include Gershom Scholem, Yeshayahu Leibowitz, Daniel Kahneman and Robert Aumann. Four of Israel's prime ministers are alumni of the Hebrew University, including the current prime minister. Hebrew university consistently ranks amongst the top universities in Israel and the world 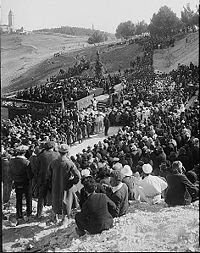 One of the visions of the Zionist movement was the establishment of a Hebrew university in Palestine. Founding a university was proposed as far back as 1884 in the Kattowitz conference of the Hovevei Zion society. A major supporter of the idea was Albert Einstein, who bequeathed his papers and entire estate to the university.

The cornerstone for the university was laid in 1918, and, seven years later, on April 1, 1925, the Hebrew University campus on Mount Scopus of Jerusalem was opened at a gala ceremony attended by the leaders of the Jewish world, distinguished scholars and public figures, and British dignitaries, including Lord Arthur James Balfour, Viscount Allenby and Sir Herbert Samuel. The university's first Chancellor was Judah Magnes.

By 1947, the University had become a large research and teaching institution. Plans for a medical school were approved in May 1949, and in November 1949, a faculty of law was inaugurated. In 1952, it was announced that the agricultural institute founded by the university in 1940 would become a full-fledged faculty of agriculture.

After the attack on the Hadassah medical convoy in 1948, the Mount Scopus campus was cut off from Jewish Jerusalem.When the Jordanian government reneged on the 1949 Armistice Agreements and refused Israeli access to the Mount Scopus campus, the University was forced to build a new campus in Givat Ram in western Jerusalem, which was completed in 1953. In the interim, the university rented part of the Terra Sancta building in Rehavia from the Franciscan Custodians of the Latin Holy Places and held classes there. A few years later, together with the Hadassah Medical Organization, a medical science campus was built in the Jerusalem neighborhood of Ein Kerem in southwest Jerusalem.

By the beginning of 1967, the students numbered 12,500, spread among the two campuses in Jerusalem and the agricultural faculty in Rehovot.

After the reunification of Jerusalem in the Six-Day War of June 1967, the University was able to return to the Mount Scopus campus, which was rebuilt. In 1981 the construction work was completed, and the Mount Scopus campus again became the main campus of the university. The university was again touched by conflict on July 31, 2002, when a Palestinian construction worker (a resident of East Jerusalem) exploded a bomb in the university's crowded Frank Sinatra cafeteria during lunch time. Nine people — five Israeli citizens, three American citizens, and one citizen of both France and the United States — were killed by the explosion and many more injured. Hamas claimed responsibility for the attack. World leaders including Kofi Annan, President Bush, and the President of the European Union issued statements of condemnation. 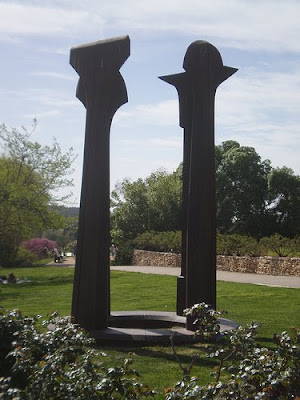 Mount Scopus Campus houses: the Faculty of Humanities and School of Education; Faculty of Social Sciences; Faculty of Law and Institute of Criminology; School of Business Administration; School of Occupational Therapy; School of Social Work & Social Welfare and the Rothberg International School;

Edmond Safra Givat Ram Campus houses the Faculty of Mathematics and Science and the School of Computer Science and Engineering; 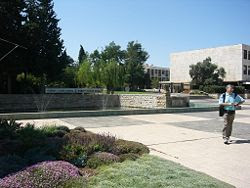 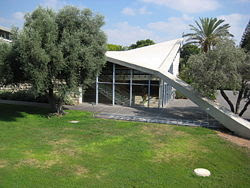 The Hebrew University is open to all academically qualified applicants, regardless of nationality, race, creed, color or religion. Studies are offered on the undergraduate, graduate and doctoral levels and postgraduate diploma programs. 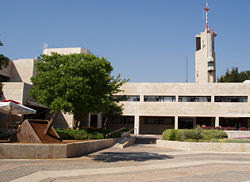