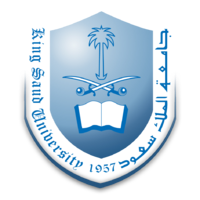 King Saud University (KSU, Arabic: جامعة الملك سعود‎) is a public university located in Riyadh, Saudi Arabia. It was founded in 1957 by King Saud bin Abdul Aziz as Riyadh University, as the first university in the kingdom not dedicated to religious subjects.The university was created to meet the shortage of skilled workers in Saudi Arabia. It was renamed to King Saud University in 1982.
The student body of KSU today consists of about 37,874 students of both sexes. The university offers courses in the natural sciences, the humanities, and professional studies, for which it charges no tuition. The medium of instruction in undergraduate programs is English except for Arabic and Islamic subjects.
History
Establishing Saudi Arabia’s first university was a response to the educational and professional needs of a young nation. Abdulaziz Al-Saud, proclaimed the King in 1932, and began laying the foundations for modernizing his country and establishing an educational system. In 1953, Saud, the eldest son of Abdulaziz, acceded to the throne upon his father's death. He would soon institute the Council of Ministers and establish the Ministry Education.
Prince Fahd, who would eventually become the Saudi King himself, assumed the office of the first Ministry of Education, and following the first session of the Council of Ministers, he announce, “We will shortly establish the first Saudi University, this is a foregone conclusion. This university will be one of the most prominent houses of culture and sciences and will be worthy of our country where the light of Islamic faith and civilization has emanated.” The Kingdom's first institute of higher education, King Saud University, was subsequently opened in Riyadh in 1957. 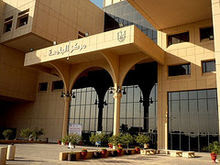 Prince Fahd was committed to promoting higher education, and once said, “I am interested, before anything else, in supporting higher and vocational education in this country in order to add a new and illustrious chapter to our glorious history. Establishing a Saudi university with all its colleges, institutes and laboratories, built according to the highest of standards, is my immediate concern.”
In 1957, according to the dictates of the Royal Decree No. 17, Prince Fahd announced the founding of King Saud University, established in order to, “Disseminate and promote knowledge in Our Kingdom for widening the base of scientific and literary study, and for keeping abreast with other nations in the arts and sciences and for contributing with them discovery and invention”, in addition to reviving Islamic civilization and articulate its benefits and glories, along with its ambitions to nurture the young virtuously and to guarantee their healthy minds and ethics.”
KSU: A History of Success
Students began studying in the College of Arts in the 1957-58 academic year. Since that time, KSU has gone through many stages of developments, and its administrative organization has developed and adapted according to the diverse needs and expanding role of the nation.
A great many of changes would take place in the coming years, such as the establishing of new colleges and opening of new branches throughout the Kingdom. Below is a collection of some of the most significant changes and developments to take place at King Saud University since its founding in 1957:
Between 1958 and 1960, three colleges are established: the College of Sciences, the College of Business (now the College of Public Administration) and the College of Pharmacy. 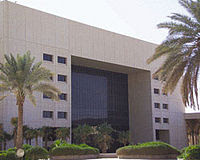 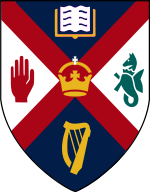 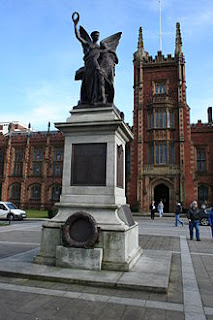 The Irish Universities Act, 1908 dissolved the Royal University of Ireland, which had replaced the Queen's University of Ireland in 1879, and created two separate universities: the current National University of Ireland and Queen's University of Belfast.
Queen's has been led by a distinguished line of Vice-chancellors, including Sir David Keir, Lord Ashby of Brandon, Dr Michael Grant, Sir Arthur Vick, Sir Peter Froggatt, Sir Gordon Beveridge, and Sir George Bain, the current Vice Chancellor is Professor Sir Peter Gregson.
The university's Chancellors have included Anthony Ashley-Cooper, 9th Earl of Shaftesbury, Field Marshal Alan Brooke, 1st Viscount Alanbrooke, Sir Tyrone Guthrie, Eric Ashby, Baron Ashby and George J. Mitchell.The incumbent is Kamalesh Sharma.
In addition to the main campus not far from the centre of Belfast, the university has two associated university colleges, these being St Mary's and Stranmillis both also located in Belfast. Although offering a range of degree courses, these colleges primarily provide training for those wishing to enter the teaching profession. The university has formal agreements with other colleges in Northern Ireland and operates several outreach schemes to rural areas. 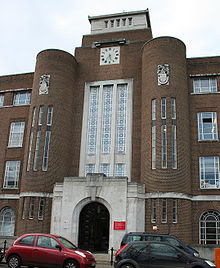 While the university refers to its main site as a campus, the university's buildings are in fact spread over a number of public streets in South Belfast, centring around University Road, University Square and Stranmillis Road, with other departments located further afield.
Faculties and schools
Academics at Queen's are organised into twenty schools across three faculties. Each school operates as a primary management unit of the university and the schools are the focus for education and research for their respective subject areas. 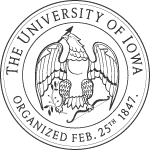 The University of Iowa (also known as UI, or simply Iowa) is a public state-supported research university located in Iowa City, Iowa, United States. It is the oldest public university in the state. The university is organized into eleven colleges granting undergraduate, graduate, and professional degrees. UI is categorized as RU/VH Research University (very high research activity) in the Carnegie Classification of Institutions of Higher Education.The university is a group member of the Association of American Universities, the Big Ten Conference, Committee on Institutional Cooperation, and the Universities Research Association. Additionally, UI is considered a Public Ivy according to Howard and Matthew Greene's "The Public Ivies: America's Flagship Public Universities". 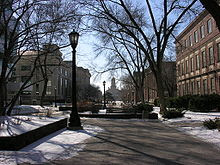 The University is home to the University of Iowa Hospitals and Clinics. It is one of the largest university-owned teaching hospitals in the nation. Iowa was the first American institution of higher learning to accept creative work for academic credit, and developed the Master of Fine Arts degree.
History
The University of Iowa was founded February 25, 1847 as Iowa's first public institution of higher learning, only 59 days after Iowa became a state. The legal name for the university is the State University of Iowa (SUI) but this became confusing with Iowa State University (ISU), and the Board of Regents approved using "University of Iowa" (UI) for everyday usage in October 1964.
The first faculty offered instruction at the university beginning in March 1855 to students in the Old Mechanics Building, situated where Seashore Hall is now. In September 1855, there were 124 students, of whom forty-one were women. The 1856–57 catalogue listed nine departments offering Ancient Language, Modern Language, Intellectual philosophy, Moral Philosophy, History, Natural History, Mathematics, Natural Philosophy, and Chemistry. The first President was Amos Dean. 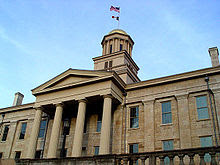 The original campus was composed of the Iowa Old Capitol Building and the 10 acres (40,000 m2) (4.046 hectares) of land on which it stood. Following the placing of the cornerstone July 4, 1840, the building housed the Fifth Legislative Assembly of the Territory of Iowa (December 5, 1842) and then became the first capitol of the State of Iowa (December 28, 1846). Until that date it had been the third capitol of the Territory of Iowa. When the capitol of Iowa was moved to Des Moines in 1857, Old Capitol became the first permanent "home" of the University.
In 1855, Iowa became the first public university in the United States to admit men and women on an equal basis. Additionally, the university was the world's first university to accept creative work in theater, writing, music, and art on an equal basis with academic research.
The university was one of the first institutions in America to grant a law degree to a woman (Mary B. Hickey Wilkinson, 1873), to grant a law degree to an African American (G. Alexander Clark, 1879), and to put an African American on a varsity athletic squad (Frank Holbrook, 1895). The university offered its first doctoral degree in 1898.
The university was the first state-university to officially recognize the Gay, Lesbian, Bisexual, Transgender, and Allied Union (1970).
Iowa established the first law school west of the Mississippi River, and was also the first to use television in education (1932) and pioneered the field of standardized testing. Additionally, Iowa was the first Big Ten institution to promote an African American to an administrative vice president’s position (Dr. Phillip Hubbard, promoted in 1966).
Colleges and Schools
College of Liberal Arts & Sciences
School of Art and Art History
School of Music
Tippie College of Business
College of Engineering
College of Pharmacy
College of Education
College of Nursing
Graduate College
College of Law
Carver College of Medicine
College of Dentistry
University of Iowa College of Public Health
University College
The University of Iowa College of Public Health was formed in 1999 when the Department of Preventive Medicine and Environmental Health and the Graduate Program in Hospital and Health Administration were split from the Carver College of Medicine.
Research Institutes
Iowa Institute of Gerontology: The Iowa Institute of Gerontology existed from 1953 until 1971. It was closed in the latter year due to a budget shortfall.
Institute of Agricultural Medicine. The Institute of Agricultural Medicine was established in 1955 with a grant from the W. K. Kellogg Foundation as an institutte to study rural public health issues.It was later renamed to the Institute of Agricultural Medicine and Occupational Health. 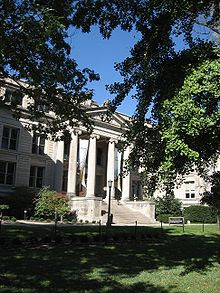 Email ThisBlogThis!Share to TwitterShare to FacebookShare to Pinterest
Labels: University of Iowa, USA 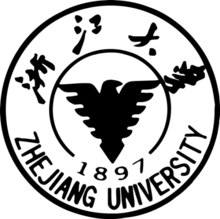 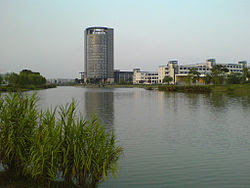 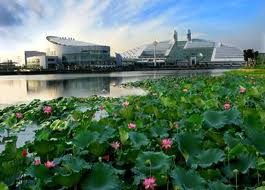 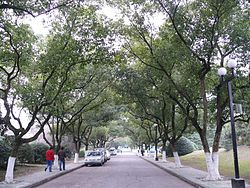 Email ThisBlogThis!Share to TwitterShare to FacebookShare to Pinterest
Labels: China, Zhejiang University
Newer Posts Older Posts Home
Subscribe to: Posts (Atom)
The roots of education are bitter, but the fruits is sweet ~ Aristotle
Education is the most powerful weapon which you can use to change the world ~ Nelson Mandela
Education is not a preparation for life, Education is life itself ~ John Dewey