Waseda University (早稲田大学 Waseda daigaku), often abbreviated to Sōdai (早大 Sōdai), is one of the top private universities in Japan. Founded in 1882 as Tokyo Senmon Gakko (College), the institution was renamed "Waseda University" in 1902. It is known for its liberal climate symbolized by its motto Independence of Learning. 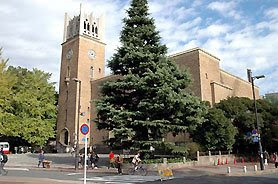 Waseda University is a member of Universitas 21, an international network of 21 leading research-intensive universities.

The university was founded by samurai scholar and Meiji-era politician and former prime minister Okuma Shigenobu in 1882, and was designated a full university in 1902. It started as a college with three departments under the old Japanese system of higher education. 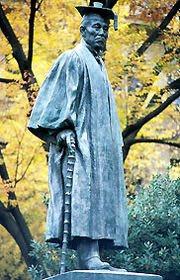 Three years later, the department of physical science was closed due to few applicants. Department of science and engineering was newly established in 1908.

Much of the campus was destroyed in the firebombings of Tokyo during World War II, but the university was rebuilt and reopened by 1949. It has grown to become a comprehensive university with two senior high schools and a School of Art and Architecture.

Origin of the name "Waseda University"

Waseda University started its life as 'Tokyo Senmon Gakko (College)' on October 21, 1882. Before the name 'Waseda' was selected, it was known variously as 'Waseda Gakko' or 'Totsuka Gakko', after the location of the founder's villa in Waseda Village and the school's location in Totsuka Village respectively. Around 1892, people started to call it 'Waseda Gakko'. It was renamed 'Waseda University' on September 2, 1902, upon acquiring University status.