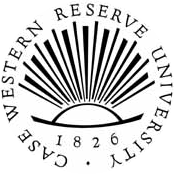 The university in its present form consists of ten schools: 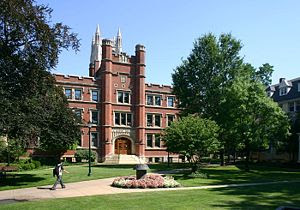 There are two main transportation options for students: For on- and near-campus transportation, Case Western Reserve University has a fleet of shuttle buses known as "Greenies"; for longer trips, students may use the Greater Cleveland Regional Transit Authority (RTA) bus and rail system. Each undergraduate student receives an unlimited RTA pass, which is paid for via a mandatory $25 fee per semester.

Case Western Reserve University does not manage its parking lots, requiring students, faculty, and staff to purchase permits from University Circle Incorporated. The rates vary between approximately $30 and $80 per month, with multi-year waiting lists on the most popular lots.

The university owns parking garages, one by the Village at 115th and the other near the Veale Athletic Center. Permits for these two lots are purchased from Case Western Reserve University, and cost about $500 per semester. 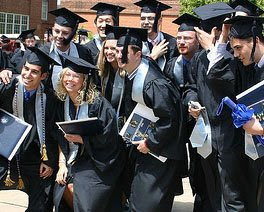 According to U.S. News & World Report's 2008 rankings, Case's undergraduate program is ranked #1 in Ohio and #41 among national universities. It is most highly regarded for its medical school (currently ranked #21 and #28 for research and primary care, respectively, in US News rankings) and Biomedical Engineering department, which ranks at #7 among undergraduate and graduate biomedical engineering programs. 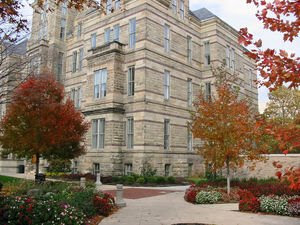 Among national universities, the 2006 US News rankings placed the Weatherhead School of Management undergraduate program at #29 with the Case School of Engineering undergraduate school taking the #39 spot. In 2004, the Mandel School of Applied Social Sciences was ranked #11. When last ranked in 2006, the graduate program at the Frances Payne Bolton School of Nursing came in at #5. In the 2008 rankings, Case was listed at #22 for Best Value institutions, which are defined as colleges which offer a quality education for a low cost when taking into account scholarships and financial aid awards.

A release of medical school rankings from the National Institutes of Health shows that Case Western Reserve University School of Medicine and its affiliates has attained an overall institutional ranking of 12th among the nation’s 122 medical schools.

The National Science Foundation has ranked Research and Development Expenditures for Case at #34 among all US colleges and universities.[8] Furthermore, Case ranks at #32 for Federal Obligations to support Science and Engineering Growth and Development.

The Advocate ranked Case Western Reserve University one of the top 100 LGBT-friendly universities, evidence of the University's improvements in diversity standards over the past decade and welcoming more LGBT students and families into the community.