The University of Hong Kong (commonly abbreviated as HKU, pronounced as "Hong Kong U") is the oldest and most prestigious tertiary institution in Hong Kong. Its motto is "Sapientia et Virtus" in Latin, meaning "wisdom and virtue", and "明德格物" in Chinese. The official language of instruction is English. 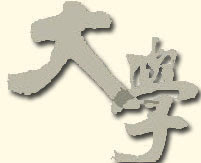 The University of Hong Kong traces its origin to the former Hong Kong College of Medicine for Chinese, founded by the London Missionary Society in 1887. The University itself was founded when Sir Frederick Lugard (later Lord Lugard, 1st Baron Lugard), Governor of Hong Kong, proposed to establish a university in Hong Kong. At that time, Lugard felt an urgent need to establish a university in China to compete with other Western powers, most notably Prussia, which had just opened Tongji University in Shanghai. Lugard laid the foundation stone of the Main Building on March 16, 1910 and hoped that the university would educate more Chinese people in British "imperial values", as opposed to those of other Western powers. The founding of the university was possible because of funding and support from the government and the business sector in southern China, which were both equally eager to learn "secrets of the West's success", referring to technological advances made since the Industrial Revolution. 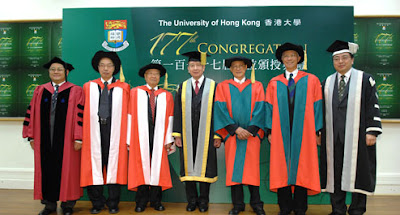 The University of Hong Kong opened with only a Faculty of Medicine which had evolved from the Hong Kong College of Medicine. But within a year of the official opening of the University, the Faculties of Engineering and Arts were established. On December 1916, the University held its first congregation, with just 23 graduates.

The University was founded as an all-male institution. Women students were admitted for the first time only ten years later. In 1937, the Queen Mary Hospital opened and has served as the University's teaching hospital ever since. Before the outbreak of the Second World War, there were four Faculties - Arts, Engineering, Medicine, and Science. During the Second World War, HKU was temporarily closed.

After the war, the University reopened and underwent structural developments as post-war reconstruction efforts began in earnest. The Faculty of Social Sciences was established in 1967 and the Law Department in 1969. In 1982, the Faculty of Dentistry, based at the Prince Philip Dental Hospital, was established. It remains to this day Hong Kong's only faculty training dental professionals. In 1984, both the School of Architecture and School of Education became fully-fledged faculties, and in the same year a separate Faculty of Law was created. The Faculty of Business and Economics was established in 2001 as the University's tenth and youngest faculty. 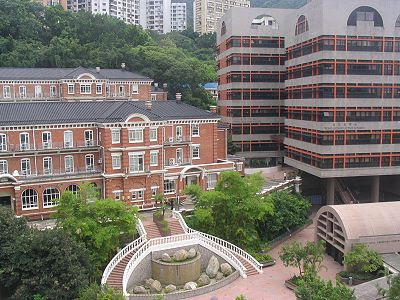 HKU has nurtured the largest number of research postgraduate students in Hong Kong, making up approximately 10% of the total student population. All ten faculties and departments provide teaching and supervision for research (MPhil and PhD) students with administration undertaken by the Graduate School. About 45% of the University's academic staff are recruited from overseas.

The year 2001 marked the 90th Anniversary of HKU. Growing with Hong Kong: HKU and its Graduates - The First 90 Years was published by the University Press in 2002 as an impact study on HKU's graduates in different fields of Hong Kong.

In January 2006, despite protest from some students and various alumni, the Faculty of Medicine was renamed as the Li Ka Shing Faculty of Medicine "as a recognition of the generosity" of Mr. Li Ka Shing and his Foundation, who pledged HK$1 billion in support of the University "general development as well as research and academic activities in medicine". 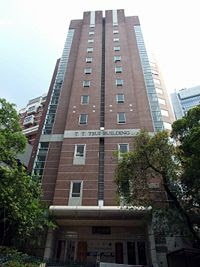 According to the latest profile indicators, the student population of the University was 21,508 in 2005-2006, comprising 11,584 undergraduates, 7,928 taught postgraduates, and 1,996 MPhil/PhD students. There were 1,278 non-local students studying at the university.

HKU attracts some of the best students in Hong Kong. For the last five years, the University has admitted around 50% of all the Hong Kong A-level Grade-A students. It accepts most of its undergraduate students from Form 7 graduates of local secondary schools through the Joint University Programmes Admissions System (JUPAS). The University also operates an Early Admission Scheme (EAS) which allows Form 6 students with at least 6 Grade A in the HKCEE (local schools) or at least 6 A* in GCSE or IGCSE (international schools) results to join the University without sitting the Hong Kong A-Level Examination. In 2005-2006, over 50% of all students eligible to apply through the Early Admission Scheme chose HKU as their first choice.

Being the oldest and the only university in Hong Kong for decades, the University of Hong Kong has educated many notable people. One of them was Dr Sun Yat-sen, father of modern China, who was a graduate of the Hong Kong College of Medicine for Chinese, the predecessor of HKU. Over 40 principal officials, permanent secretaries, and Executive Council/Legislative Council members of the Hong Kong SAR Government are HKU graduates. HKU graduates also form the senior management teams of many large organisations in the private sector, covering many business and professional fields.

In 2003, the HKU management panel put forth a strategic development plan with the goal of placing HKU even higher among the world's best universities in the next decade or so. 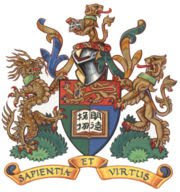 In addition to increased academic research and development, HKU also aims to promote continuing education to the public, through improved links between the University and the School of Professional and Continuing Education (SPACE).