Sitting on the banks of the Swan River, the UWA Crawley campus is the oldest in Western Australia and among the most picturesque in the nation with its grand sandstone and terracotta buildings sitting among elegant heritage-listed gardens.

UWA has the highest quality undergraduates of any university in Australia. This is underpinned by the fact that the proportion of UWA graduates accepted into full-time employment within five months of completing their course is the highest of all Western Australian universities and among the highest in Australia.

Coupled with this success is our high-quality intake of students. Western Australia's top-achieving school leavers choose to study at UWA as do high-calibre undergraduate and postgraduate students from around Australia and the world, particularly South-East Asia.

UWA is ranked second in Australia for the quality of its undergraduate programs. Our students benefit from the strong knowledge base and experience of teaching staff, many of whom have substantial international experience.

The University's strong foundation in research and teaching creates a scholarly environment which promotes the pursuit and rigorous critical interpretation of new information as well as the acquisition of knowledge.

UWA students are also involved in more than 75 student exchange or study abroad programs in north America, Asia and Europe

The university offers comprehensive learning programs for undergraduates and postgraduates across nine faculties and the School of Indigenous Studies. 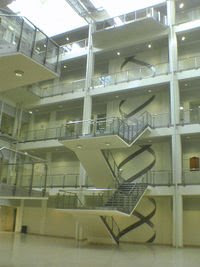 The faculties are:
Our offshore teaching programs are attended by more than 700 students in Singapore, China (including Hong Kong) and the Philippines.

UWA is one of Australia's leading research universities, ranked second for research in Australia (taking account of its size). Responsible for almost 70 per cent of the university-based research and development in Western Australia, UWA is committed to the achievement of the highest quality research and scholarship by international standards.

While research covers the full range of disciplines within the university, our specialist areas include:
exploration, production and exploitation of minerals, oil and gas
management of agricultural and natural ecosystems
the humanities and social sciences
health and bio-medicine
genetic epidemiology
indigenous issues
information technology, telecommunications and computer science and
international management and business studies.

Our campus is a multi-cultural and multi-faith community which includes more than 3,000 international students from 80 nations. We actively promote a culture of inclusiveness and respect.

The University also participates in a number of international scholarship programs, principally through AusAID, which manages the Australian Government's overseas aid program.

As a result of its strong research culture, the University recently attracted more competitive research funding - on a per capita basis of staff involved in research - than any other Australian university.

Annually the University receives in excess of $71 million of external research income, expends over $117 million on research and graduates over 250 higher degree by research students, mostly doctorates. 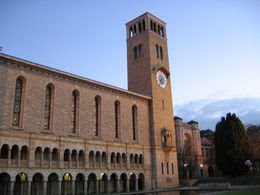 A recently announced project is the Zadko Telescope. A local businessman, James Zadko, and his family contributed funds for the purchase of a robotically controlled 1-metre modified Ritchey-Chrétien telescope (F/4 equatorially mounted flat field). The telescope will be co-located with the UWA's Gravity Discovery Centre and Southern Cross Cosmos Centre 70km north of Perth on Wallingup Plain near the town of Gingin. Its operation will be harmonised with detection of major supernova events by some of the European Union's satellites.

Its overall ranking in the Academic World University rankings compiled by Shanghai Jiao Tong University was between 101-150th in the world and equal 3rd in Australia.

Email ThisBlogThis!Share to TwitterShare to FacebookShare to Pinterest
Labels: Australia, University of Western Australia, UWA
Newer Post Older Post Home
The roots of education are bitter, but the fruits is sweet ~ Aristotle
Education is the most powerful weapon which you can use to change the world ~ Nelson Mandela
Education is not a preparation for life, Education is life itself ~ John Dewey