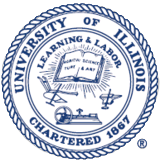 The university is comprised of 18 Colleges that offer more than 150 programs of study. Additionally, the university operates an extension that serves 2.5 million registrants per year around the state of Illinois and beyond. The campus holds over 272 buildings on 1,458 acres (5.90 km²) in the twin cities of Champaign and Urbana, and boasts an annual budget of nearly $1.4 billion. As of 30 June 2007, the University of Illinois Foundation - a systemwide endowment - totals at $2.197 billion. 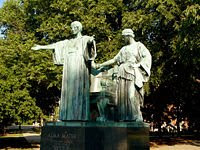 As of Summer 2007, 42,728 students from all 50 states and more than 100 nations were enrolled; 31,472 were undergraduate students and 11,256 were graduate students. Until 1998, Illinois was one of the 10 largest universities in the United States in terms of student enrollment

Established in 1867, the University of Illinois at Urbana-Champaign is a premier public research university distinguished by the breadth and quality of its programs — from agriculture and environmental sciences, architecture, veterinary medicine, engineering and law to business, communications, fine and applied arts, social work, applied health, education, the liberal arts and sciences, aviation, library sciences, and social work. The 785-acre campus located in east-central Illinois includes architectural gems from the 1800s as well as 21st century, high-tech buildings such as the Seibel Center and the Institute for Genomic Biology.

Faculty conduct world-class interdisciplinary research and scholarship in an environment that enables creative thinking and promotes academic excellence. Urbana boasts Nobel Laureates, MacArthur Fellows and faculty whose research is among the most cited in their fields.
More than 41,000 students call Urbana-Champaign home each year, and they enroll in an array of academic and extracurricular programs that strengthen their educational experience and prepare them to be leaders in a global society. 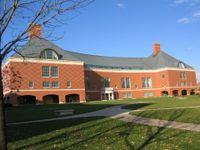 The University of Illinois at Urbana-Champaign is a recognized leader in teaching and scholarship and is known as an institution that creates knowledge and advances understanding.

The Morrill Act of 1862 granted each state in the United States a portion of land on which to establish a major public state university, one which could teach agriculture, mechanic arts, and military training, "without excluding other scientific and classical studies."
This phrase would engender controversy over the University's initial academic philosophies, polarizing the relationship between the people of Illinois and the University's first president, John Milton Gregory. 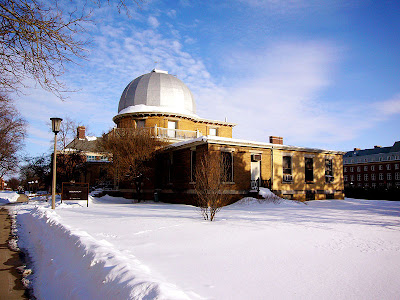 After a fierce bidding war between a number of Illinois cities, Urbana was selected as the site for the new "Illinois Industrial University." in 1867. From the beginning, Gregory's desire to establish an institution firmly grounded in the liberal arts tradition was at odds with many state residents and lawmakers who wanted the university to offer classes based solely around "industrial education."

The University finally opened for classes on March 2, 1868 with only two faculty members and a small group of students. The debate between the liberal arts curriculum and industrial education continued in the University's inaugural address, as Dr. Newton Bateman outlined the various interpretations of the Morrill Act in his speech.

Gregory's thirteen year tenure would be marred by this debate: Clashes between Gregory and legislators and lawmakers forced his resignation from his post as president in 1880, saying "[I am] staggering under too heavy a load of cares, and irritated by what has sometimes seemed as needless opposition."

Yet only five years later, in 1885, the Illinois Industrial University officially changed its name to the University of Illinois, reflecting its holistic agricultural, mechanical, and liberal arts curricula.Today, Gregory is largely credited with establishing the University and forming it into the major interdisciplinary university it is today. Gregory's grave is still located on the Urbana campus, situated between Altgeld Hall and the Henry Administration Building. His marker (mimicking the epitaph of British architect Christopher Wren) reads, "If you seek his monument, look about you." 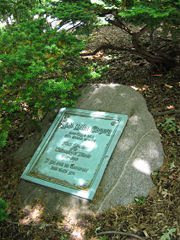 The name of the university was changed to The University of Illinois at Urbana-Champaign in 1982. This was a historic watermark for the campus not only because it clearly communicates the university's distinguished flagship identity within the University of Illinois system, but also presents a separate identity from the system. It also marked the opening of a new era of hi-tech boom to which the campus community has much contributed and thrived with. The engineering and science departments have become the campus spotlight due to their rich innovative legacy and breakthrough scholastic studies. At the turn of the new millennium, the university started making strides to keep its edge by expanding research programs and facilities for life sciences

The University of Illinois consistently ranks among the top public universities in the nation. The campuses in Urbana-Champaign, Chicago and Springfield offer hundreds of undergraduate, graduate and professional programs, many of them among the best in the United States and taught by nationally and internationally respected faculty. In fact, eleven Nobel Prize winners have served on the University of Illinois faculty. The new online Global Campus initiative will make Illinois-quality degree programs available around the world.

Admission to the University is selective and based on factors that best predict a student's likelihood of success in a competitive academic environment. 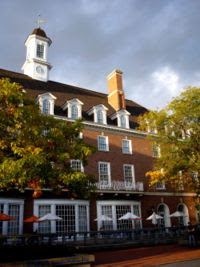 In 2007 U.S. News & World Report ranked Urbana graduate programs highly including accountancy 1st, civil engineering 1st, curriculum/instruction 4th, and library science 1st.
Forty-eight faculty members from Chicago and Urbana are listed as among the most cited researchers in their fields by ISI.

Business faculty at the UIC were tied for first place in the Faculty Scholarly Productivity Index reported in early 2007 and based on 2005 information.

The Springfield campus has the second-highest academic profile of first-year students among Illinois' 12 public campuses.

In 2003, the University of Illinois earned the distinction of being the only U.S. public university to have two of its faculty members win Nobel prizes in the same year. 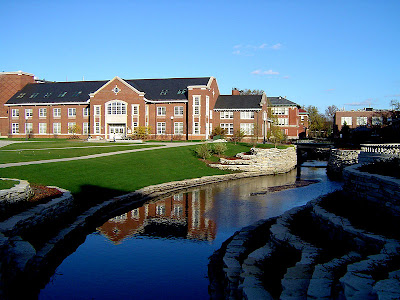 Research
Since 1867, the University of Illinois has been on the cutting edge of research and discovery. Research at the University has yielded such revolutionary innovations as the Web browser, new plant varieties and even the discovery of a third form of life.

University of Illinois faculty scholars and researchers attract thousands of separate grants and contracts that range from tens of thousands of dollars to multi-year, multi-million dollar projects.

Both the Chicago and Urbana-Champaign campuses are among the 88 American universities named Carnegie 1 Research Institutions by the Carnegie Foundation.

Both the Chicago and Urbana campuses are in the top 100 nationally in total R&D expenditures (NSF): Urbana is 19th nationally and UIC is 48th nationally.

There are more than 80 centers, laboratories, and institutes on the Urbana-Champaign campus that perform research for government agencies, industry and campus units. UIC is known for its outstanding research programs, partiularly in the health sciences.

The Urbana campus is partnering with the University of California at Berkeley and the Lawrence Berkeley National Laboratory to form the Energy Biosciences Institute, a $500 million research initiative funded by BP in early 2007.

UIC professor Jose Oberholzer is the lead researcher for an international collaboration of scientists seeking to develop a cell-based cure for diabetes in the next five years. UIC was named a NIH Islet Cell Resource Center and awarded a three-year $3.25 million grant in support of the work. 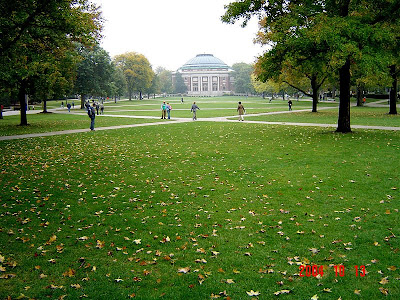 The University of Illinois is probably at work in your community right now.

From diabetes awareness workshops in Chicago to a kids gardening clinic in Mt. Vernon, University faculty, staff and students bring the knowledge, expertise and resources of the three campuses to people in every corner of Illinois through more than 700 public service and outreach programs.

Email ThisBlogThis!Share to TwitterShare to FacebookShare to Pinterest
Labels: Illinois University Urbana Champaign, USA
Newer Post Older Post Home
The roots of education are bitter, but the fruits is sweet ~ Aristotle
Education is the most powerful weapon which you can use to change the world ~ Nelson Mandela
Education is not a preparation for life, Education is life itself ~ John Dewey