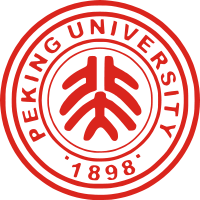 Peking University (traditional Chinese: 北京大學; simplified Chinese: 北京大学; pinyin: Běijīng Dàxué), colloquially known in Chinese as Beida (北大, Běidà), is a major research university located in Beijing, China. It is the first formally established modern research university, and the first national university of China. It was founded as Imperial Capital University in 1898 as a replacement of the ancient Guozijian (國子監 guózǐjiàn)
Throughout its history, the university has distinguished itself from its peers in terms of intellectual freedom and has produced and hosted many of modern China's top thinkers, including Lu Xun, Mao Zedong, Hu Shih, Li Dazhao, Gu Hongming, and Chen Duxiu
History

Peking University was established in Beijing in December 1898 during the Hundred Days Reform and was originally known as the Imperial University of Capital (traditional Chinese: 京師大學堂; simplified Chinese: 京师大学堂; pinyin: Jīngshī Dàxuétáng). In 1912, following the Xinhai Revolution, the Imperial University was renamed the National Peking University (國立北京大學). The famous scholar Cai Yuanpei was appointed president on January 4, 1917 and helped transform the university into the country's largest institution of higher learning, with 14 departments and an enrollment of more than 2,000 students. Cai, inspired by the German model of academic freedom, recruited an intellectually diverse faculty that included Hu Shi, Chen Duxiu, and Lu Xun.
In 1919 students of Peking University formed the bulk of the protesters of the May Fourth Movement. Efforts by the Beiyang government to end to protests by sealing off the Peking University campus led to Cai's resignation. In 1920 Peking University became the second Chinese university to accept female students, after Nanjing University.

After the outbreak of the Second Sino-Japanese War in 1937 (and the resulting expansion of Japanese territorial control in east China), Peking University moved to Changsha and formed the Changsha Temporary University along with Tsinghua University and Nankai University. In 1938, the three schools moved again, this time to Kunming, and formed the National Southwestern United University. In 1946, after World War II, Peking University moved back to Beijing. At that time, the university comprised six schools (Arts, Science, Law, Medicine, Engineering, and Agriculture), and a research institute for humanities. The total student enrollment grew up to 3,000. 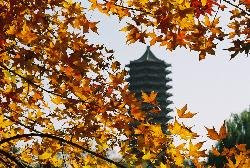 The entrance criterion of Peking University is extremely selective. Every year only the top students of each province across China can be admitted, which makes Peking University one of the most prestigious places for students all over China. 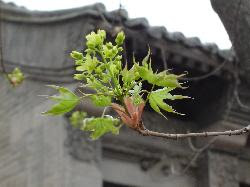 At present, Peking university has 216 research institutions and research centres, including 2 national engineering research centres, 81 key national disciplines, 12 national key laboratories. With eight million holdings, the university library is the largest of its kind in Asia. The university has made an effort to combine the research on fundamental scientific issues with the training of personnel with high level specialized knowledge and professional skill as demanded by the country's modernization. It strives not only for the simultaneous improvements in teaching and research work, but also for the promotion of interaction and mutual promotion among various subjects. 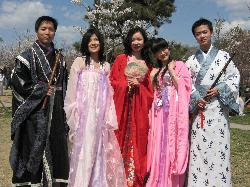 Teaching also has been emphasized. It aims to cultivate the students' practical ability and creative power. As a result, the teaching of core courses is strengthened, the content of courses is enriched and renewed and favourable conditions have been created, for the students to develop themselves in extracurricular activities.

The campus of Peking University is located in northwest Beijing, in the Haidian district which was designated for universities.

It is located on the former site of Qing Dynasty royal gardens and retains Chinese-style landscaping as well as many traditional buildings. It is known throughout China, along with its neighbour Tsinghua University, for having one of the most beautiful campuses.

In 2001, Peking University's Shenzhen campus, Shenzhen Graduate School, was set up. This campus locates at northwest of Shenzhen City. 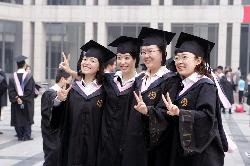