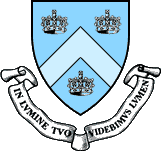 Columbia University is home to the Pulitzer Prize, which, for over a century, has rewarded outstanding achievement in journalism, literature and music. As of 2007, 82 Nobel Prize winners have been in some way affiliated with Columbia, putting the school on a par with Harvard University (also 82), followed closely by the University of Chicago (81), and rivaled only by the University of Cambridge (85). 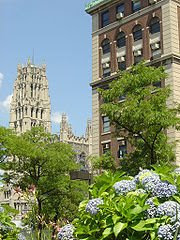 It has been the birthplace of FM radio, the first American university to offer anthropology and political science as academic disciplines, the first American school to grant the M.D. degree, and where the foundation of modern genetics was discovered. An early research center for Manhattan Project development of the atomic bomb, its Morningside Heights campus was the first North American site where the uranium atom was split. Literary and artistic movements as varied as the Harlem Renaissance, the Beat movement and post-colonialism all took shape within Columbia's gates in the 20th century. 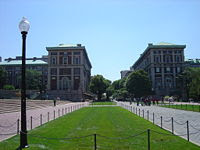 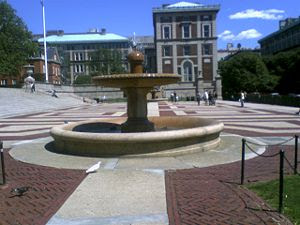 Columbia is the oldest institution of higher education in the state of New York. Founded and chartered as King's College in 1754, Columbia is the sixth-oldest such institution in the United States (by date of founding; fifth by date of chartering). After the American Revolutionary War, King's College was renamed Columbia College in 1784, and in 1896 it was further renamed Columbia University. Columbia has grown over time to encompass twenty schools and affiliated institutions. 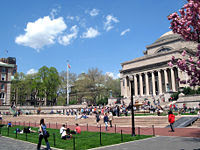 Profile
Columbia University is home to some very selective undergraduate schools. Columbia College admitted 9.1% of applicants for the Class of 2011, one of the lowest rates in the country. The Fu Foundation School of Engineering and Applied Sciences admitted 18.6%, a record for the School. Columbia College ultimately admitted an additional 29 students from the waiting list, while the Engineering school admitted 16 students.

Columbia is also a diverse school , with approximately 49% of all students identifying themselves as people of color. Additionally, over 50% of all undergraduates in the Class of 2011 will be receiving financial aid. The average financial aid package for these students exceeds $27,000, with an average grant size of over $20,000.

Its undergraduate schools are: Columbia College (CC), the Fu Foundation School of Engineering and Applied Science (SEAS), and, for students who want to begin or resume their education after one or more years of interruption, the School of General Studies (GS). Also affiliated with Columbia is Barnard College, an all women's institution. 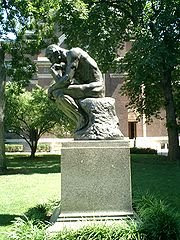 Arts, School of the

Arts and Sciences, Faculty of

Arts and Sciences, Graduate School of

Engineering and Applied Science, The Fu Foundation School of

International and Public Affairs, School of

Physicians and Surgeons, College of