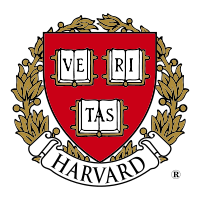 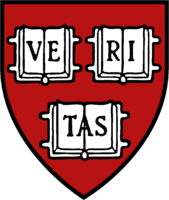 Harvard University, which celebrated its 350th anniversary in 1986, is the oldest institution of higher learning in the United States. Founded 16 years after the arrival of the Pilgrims at Plymouth, the University has grown from nine students with a single master to an enrollment of more than 18,000 degree candidates, including undergraduates and students in 10 principal academic units.

An additional 13,000 students are enrolled in one or more courses in the Harvard Extension School. Over 14,000 people work at Harvard, including more than 2,000 faculty. There are also 7,000 faculty appointments in affiliated teaching hospitals.

Harvard College was established in 1636 by vote of the Great and General Court of the Massachusetts Bay Colony and was named for its first benefactor, John Harvard of Charlestown, a young minister who, upon his death in 1638, left his library and half his estate to the new institution. Harvard's first scholarship fund was created in 1643 with a gift from Ann Radcliffe, Lady Mowlson. 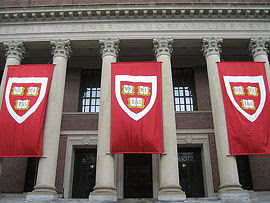 During its early years, the College offered a classic academic course based on the English university model but consistent with the prevailing Puritan philosophy of the first colonists. Although many of its early graduates became ministers in Puritan congregations throughout New England, the College was never formally affiliated with a specific religious denomination. An early brochure, published in 1643, justified the College's existence: "To advance Learning and perpetuate it to Posterity; dreading to leave an illiterate Ministry to the Churches."

Harvard is governed by two boards, the President and Fellows of Harvard College, also known as the Harvard Corporation and founded in 1650, and the Harvard Board of Overseers. The President of Harvard University is the day-to-day administrator of Harvard and is appointed by and responsible to the Harvard Corporation.
Faculties
Harvard today has nine faculties, listed below in order of foundation:
The Faculty of Arts and Sciences and its sub-faculty, the School of Engineering and Applied Sciences, which together serve:

In 1999, the former Radcliffe College was reorganized as the Radcliffe Institute for Advanced Study.

The main campus is centered on Harvard Yard in central Cambridge and extends into the surrounding Harvard Square neighborhood. The Harvard Business School and many of the university's athletics facilities, including Harvard Stadium, are located in Allston, on the other side of the Charles River from Harvard Square. Harvard Medical School, Harvard School of Dental Medicine, and the Harvard School of Public Health are located in the Longwood Medical and Academic Area in Boston.

Harvard Yard itself contains the central administrative offices and main libraries of the university, academic buildings including Sever Hall and University Hall, Memorial Church, and the majority of the freshman dormitories. Sophomore, junior, and senior undergraduates live in twelve residential Houses, nine of which are south of Harvard Yard along or near the Charles River. The other three are located in a residential neighborhood half a mile northwest of the Yard at the Quadrangle (commonly referred to as the Quad), which formerly housed Radcliffe College students until Radcliffe merged its residential system with Harvard. Each residential house contains rooms for undergraduates, House masters, and resident tutors, as well as a dining hall, library, and various other student facilities.

Radcliffe Yard, formerly the center of the campus of Radcliffe College (and now home of the Radcliffe Institute), is adjacent to the Graduate School of Education.

Apart from its major Cambridge/Allston and Longwood campuses, Harvard owns and operates Arnold Arboretum, in the Jamaica Plain area of Boston; the Dumbarton Oaks Research Library and Collection, in Washington, D.C.; the Harvard Forest in Petersham Mass; and the Villa I Tatti research center in Florence, Italy.