Hokkaido University (北海道大学 Hokkaidō daigaku), or Hokudai (北大), is one of the leading national universities of Japan. It is situated in downtown Sapporo, just north of Sapporo Station, and stretching approximately 2.4 kilometers northward. 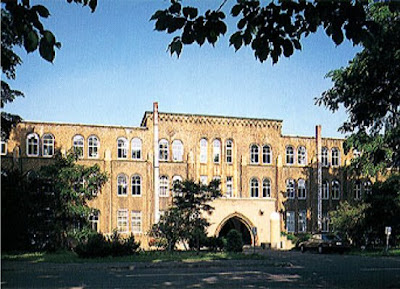 This is the Basic Philosophy of Hokkaido University:

"Hokkaido University is a mainstay comprehensive university that places importance on its graduate schools. The university started out in 1876 as the Sapporo Agricultural College, the first modern academic institute in Japan. We have passed through a long period of history, including our time as an Imperial College, as well as during the creation of the new university system. Over this period, we have declared and cultivated our basic philosophies of education and research, namely “Frontier Spirit”, “Global Perspectives”, “All-round Education” and “Practical Learning.”

In order to meet the demands of society and to move ahead as a National University Corporation, Hokkaido University needs to formulate a long term goal for developing the basis of knowledge creation, knowledge dissemination and knowledge application in the new century, with our newly acquired freedom, while reconfirming our basic philosophies and recognizing our accountability to society".

Hokkaido University (Hokudai for short) was originally founded in 1876 as Sapporo Agricultural College (札幌農學校 Sapporo nōgakkō) by William S. Clark with the help of five faculty members and a first class size of 24 students. It became Hokkaido Imperial University (北海道帝國大學 Hokkaidō teikoku daigaku) on April 1, 1918, during the Taishō period. It was one of nine Imperial Universities. The School of Medicine was established in 1919, at which time the Agricultural College became the Faculty of Agriculture. This was followed by the Faculty of Engineering, the Faculty of Science, and finally in 1947, the Faculty of Law and Literature. The current name of Hokkaido University also came into use in 1947. In 1953, the Graduate School was established. 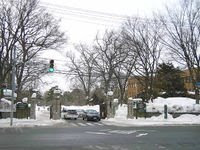 Since 2004 the university has been incorporated as a National University Corporation under a new law which applies to all national universities. Although the incorporation has led to increased financial independence and autonomy, Hokkaido University is still partially controlled by the Japanese Ministry of Education. 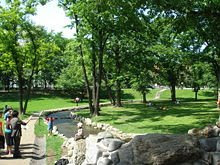 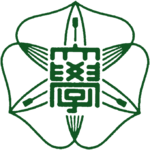