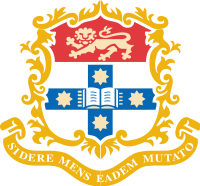 The University of Sydney, founded in 1850, is Australia's first university, and has an international reputation for outstanding teaching, as a centre of research excellence and as an active and engaged community leader. 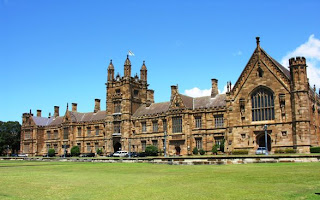 History
During 1848, William Wentworth proposed a plan to expand the existing Sydney College into a university in the Legislative Council. Wentworth argued that a state university was imperative for the growth of a society aspiring towards self-government, and that it would provide the opportunity for 'the child of every class, to become great and useful in the destinies of his country'. It would take two attempts on Wentworth's behalf however, before the plan was finally adopted.

The University was established via the passage of the University of Sydney Act which was signed on 1 October 1850. Two years later, the University was inaugurated on 11 October 1852 in the Big Schoolroom of what is now Sydney Grammar School. The first principal was John Woolley. On 27 February 1858 the University received its Royal Charter from Queen Victoria, giving degrees conferred by the University equal rank and recognition as those given by universities in the UK . By 1859, the university had moved to its current site in the Sydney suburb of Camperdown.

In 1858, the passage of the Electoral Act provided for the university to become a constituency for the Legislative Assembly as soon as there were 100 graduates with higher degrees. This seat in Parliament was first filled in 1876, but was abolished in 1880 one year after its second Member, Edmund Barton, was elected to the Legislative Assembly.

Prior to 1981, the Sydney Institute of Education was the Sydney Teachers College.

In 2001, University of Sydney Chancellor Dame Leonie Kramer was forced to resign by the University’s governing body. In 2003, Nick Greiner, a former Premier of NSW, resigned from his position as Chairman of the University's Graduate School of Management because of academic protests against his simultaneous chairmanship of British American Tobacco (Australia). Subsequently, his wife, Kathryn Greiner, resigned in protest from the two positions she held at the University as Chairwoman of the Sydney Peace Foundation and a member of the executive council of the Research Institute for Asia and the Pacific. In 2005, the Public Service Association of NSW and the Community and Public Sector Union were in dispute with the University over a proposal to privatise security at the main campus (and the Cumberland campus.)

In February 2007, the University agreed to acquire a portion of the land granted to St John's College to develop the Sydney Institute of Health and Medical Research. As a Catholic institution, in handing over the land St John's placed limitations on the type of medical research that can be conducted on the premises seeking to preserve the essence of the College mission. This has caused concern among the some groups who argue this could interfere with scientific medical research. However this is rejected by the university administration because the building is not intended for this purpose and there are many other facilities in close proximity where such research can take place. 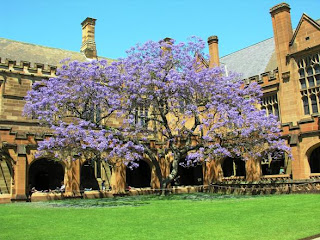 The University of Sydney continues to rise in global rankings, confirming its place within the top 40 universities in the world.

The four largest faculties by (2007) student enrollments are (in descending order): Economics and Business; Arts; Health Sciences; Science. Together they comprise 57% of the University's students. Each contains a student enrollment over 5,000, and they are indeed the only such faculties. It is notable that the Faculty of Economics and Business, disproportionately to other Faculties consists of about 49% international students, whilst the University-wide average rate is about 22% (2008).

The University is committed to the communities to which it belongs internationally, nationally and locally. Numerous community links have been forged by academic and research disciplines as well as dedicated units such as the Koori Centre and Yooroang Garang, which work closely with Indigenous communities. 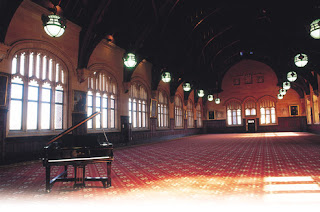 Sydney Conservatorium of Music, Sydney College of the Arts, the University Museums and the Seymour Theatre Centre open the University’s cultural life to the community. In 2006, around 50,000 people visited the University’s outstanding Museums; a further 22,000 attended Conservatorium performances and 170,000 went to performances and public lectures at the Seymour Centre. A further 21,000 people participate each year in community education courses offered by the Centre for Continuing Education.

Many student organisations, such as the debating club and drama society, have long traditions of enriching student life and providing a springboard for future careers. High profile Australians such as Prime Minister John Howard, Justice Michael Kirby and radio presenter Adam Spencer have been University of Sydney debaters.