In the most recent RAE assessment (2001), it has the only engineering faculty in the country to receive the highest rating (5*) across all disciplines. According to The Times Higher Education Supplement, the University has the second largest research income among British universities for the physical sciences and mathematics, and the third largest research income for engineering and technology. The University places great emphasis on inter-disciplinary cooperation and on collaboration with industry. This is most evident in the University's Business division.

The University of Southampton has its origin as the Hartley Institution which was formed in 1862 from a benefaction by Henry Robertson Hartley (1777-1850). Hartley was the son of a local wine merchant. On his death he left £103,000 to the Southampton Corporation on condition that it was invested "in such manner as might best promote the study and advancement of the sciences of Natural History, Astronomy, Antiquities, Classical and Oriental Literature in the town, such as by forming a Public Library, Botanic Gardens, Observatory, and collections of objects with the above sciences."

The city officials housed Hartley's books in a building in Southampton's High Street, in the city centre. The Hartley Institution was borne out of this, and became a university college in 1902. In 1919 it was renamed Hartley University College, and subsequently University College Southampton. Before 1952, the college's degrees were awarded by the University of London.

Having outgrown the High Street premises, the college was set to move to greenfield land near Highfield's Back Lane (now University Road). Although the new main building was formally opened on 20 June 1914, the outbreak of the First World War occurred before any lectures could take place there. The buildings were handed over by the college authorities for use as a military hospital. In order to cope with the volume of casualties, wooden huts were erected at the rear of the building. The college continued to use these after the war, eventually replacing the makeshift extension with brick buildings. With the continuing expansion, an academic bookshop was built on the site of Church Farm and the Students' Union complex and refectory were built on the site of Sir Sidney Kimber's brickyard.

In 2005, a large fire destroyed part of the Mountbatten Building, holding optical fibre research laboratories (the world-renowned Optoelectronics Research Centre, ORC) and the microchip fabrication laboratories. It is estimated that the costs for rebuilding the centre and replacing the equipment will be around £50 million, making this what is believed to be the world's most destructive university fire. 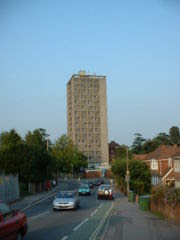 School of Electronics and Computer Science

The School of Electronics and Computer Science, generally abbreviated "ECS", has been at the forefront of the Open Access movement.

ECS was the first academic institution in the world to adopt a self-archiving mandate (2001) and since then much of its published research has been freely available on the Web. It created the first and most widely used archiving software (EPrints) which is used worldwide by 213 known archives and continues to be evolved and supported from the School .


The University of Southampton is planning to develop the UK’s first wholly integrated ‘professional campus’. The plans will see the transformation of the University’s Boldrewood campus.

Lloyd’s Register, an independent risk management organisation, will move its London marine operations to the Boldrewood campus.
The practice of corporations and business schools sharing resources and facilities is well established in some countries but this will be the first ‘professional campus’ in the UK. The Lloyd's Register Group will maintain its building in the City of London as the corporate office and governance of the Group will remain based there. 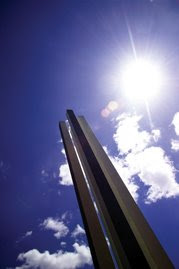 The University of Southampton and the MIT recently announced the launch of a long-term research collaboration that aims to produce the fundamental scientific advances necessary to guide the future design and use of the World Wide Web.The Web Science Research Initiative (WSRI), is headed by Professor Tim Berners-Lee.

Email ThisBlogThis!Share to TwitterShare to FacebookShare to Pinterest
Labels: Southampton University, UK
Newer Post Older Post Home
The roots of education are bitter, but the fruits is sweet ~ Aristotle
Education is the most powerful weapon which you can use to change the world ~ Nelson Mandela
Education is not a preparation for life, Education is life itself ~ John Dewey