The University of Geneva (Université de Genève) is a university in Geneva, Switzerland. It was founded by John Calvin in 1559. Initially a theological seminary, it also taught law. It remained heavily theological into the 17th century, at which point it began adding other disciplines as it became a center for Enlightenment scholarship. In 1873 it dropped its religious associations and acquired the secular status of University. Today The University of Geneva is the second largest university in Switzerland and it plays a leading role in many fields–its location in Geneva gives it a prime location for diplomatic and international affairs studies, and it is also considered among the top scientific research universities in Europe, making notable discoveries in planetary science and genetics, among other fields. It pursues three missions: teaching (classes are, in general, taught in French), research, and service to the wider community.

It is a member of the Coimbra Group and the LERU. In 2006, it was revealed that several professors were suspected of fraud. A full investigation revealed that some of them claimed travel expenses for trips which never happenend, while others failed to inform the University that they were receiving salaries from other bodies than the University, even though they are legally required to do so and give a share of these salaries back to the University. One of the professors suspected was vice-rector of the University, which prompted the rector and the vice-rectors to resign as of 1 August 2006. As of July 2006, a full investigation is in progress. 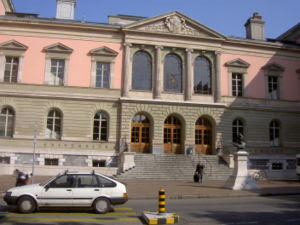 In an article published on August 13, 2006 by the American magazine Newsweek, the University of Geneva was ranked the 32nd best global university in the world. Schools were evaluated on some of the measures used in well-known rankings published by Shanghai Jiao Tong University and the Times Higher Education Survey. Fifty percent of the score came from equal parts of three measures used by Shanghai Jiatong: the number of highly-cited researchers in various academic fields, the number of articles published in Nature and Science, and the number of articles listed in the ISI Social Sciences and Arts & Humanities indices. Another 40 percent of the score came from equal parts of four measures used by the Times: the percentage of international faculty, the percentage of international students, citations per faculty member (using ISI data), and the ratio of faculty to students. The final 10 percent came from library holdings (number of volumes). 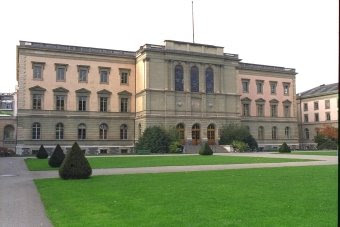 Before 2005, the University applied the French education model with some minor differences. The academic degrees were the Demi-Licence, Licence, DEA / DESS, Doctorate. The University now follows the requirements of the Bologna process.