Stony Brook is one of the four university centers in the State University of New York system, and has an enrollment of more than 22,000 students. The University operates two SUNY-wide research centers (the Institute for Theoretical Physics, and the Marine Sciences Research Center). The University also operates Brookhaven National Labs under contract from the U.S. Department of Energy.

The university was founded in 1957 as the State University College on Long Island with about 100 students.The first temporary campus was at the William Robertson Coe Planting Fields estate in Oyster Bay. Originally, Stony Brook was a college for preparing secondary school teachers in mathematics and the sciences. Since 1962, the campus has been located in Stony Brook on land donated by philanthropist Ward Melville.The original donation consisted of over 400 acres (1.6 km²), but the campus has since grown to about three times that size. Among the four SUNY University Centers, Stony Brook is the only one that was founded after the SUNY system was established. 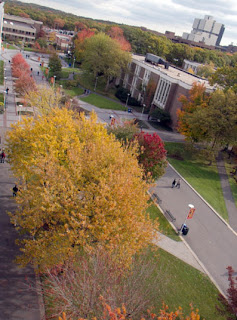 The Stony Brook campus was initially concentrated around what was called G-Quad (now Mendelsohn Quad), and almost all offices were located there. Classes took place in the Humanities building, and some classes were still offered at Oyster Bay. However, the 1960s and 1970s witnessed rapid growth under university president John S. Toll. More buildings were erected on campus, and academic programs and enrollment grew.

In the 1990s the school underwent a project to revitalize the campus. Numerous buildings were renovated, including the Student Activities Center, as well as each residential quad. More recently, the school completed construction of a massive Charles B. Wang Asian American Center that was funded, in part, by a $50 million donation from Charles Wang. The university constructed Kenneth P. LaValle Stadium for $22 million in 2002. Recently new apartments have been added for undergraduates. Renovations were recently completed on the original Humanities building, and new apartments continue to be built. Recently, a donation of $60 million was made by retired math professor Dr. James Simons for the construction of the Simons Center for Physics and Geometry. 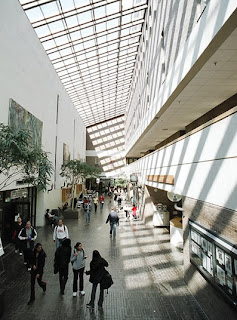 Due to its long history as a concert venue, the university was inducted into the Long Island Music Hall of Fame on October 15, 2006. 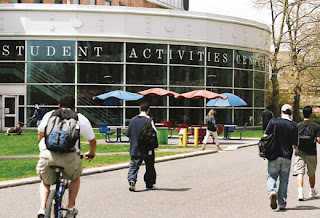 Although Stony Brook is a state institution, private philanthropy plays an ever-increasing role in the development of the university. Stony Brook's endowment, managed by the Stony Brook Foundation, currently amounts to over $201 million.

The University is divided into numerous schools:

Stony Brook was one of ten national universities awarded a National Science Foundation recognition award in 1998 for their integration of research and education. In 2001 it became a member of the Association of American Universities (AAU), an invitation-only organization of the top 62 research universities in the U.S. 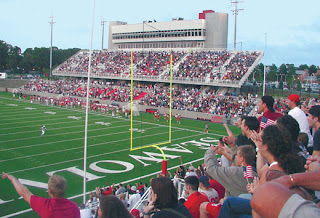 In the last three years two Nobel Prizes were awarded to professors for their work conducted at Stony Brook.The University generates $160 million annually in external research funding and has an annual $4.65 billion economic impact on the region.Stony Brook co-manages Brookhaven National Laboratory through Brookhaven Science Associates, a 50-50 partnership with Battelle Memorial Institute. Stony Brook is also one of only two public schools in New York to have a medical school and a dental school, the other being University at Buffalo, The State University of New York.