The University of Zurich was founded in 1833, though its origins stretch back as far as 1525 and the days of protestant reformer Ulrich Zwingli. Today the University enjoys international renown as a place of education and research. Two thousand lecturers in 140 special institutes provide the broadest range of subjects and courses available from any Swiss seat of higher education. With 24,000 students and 1,900 graduates every year, Zurich is also Switzerland’s largest university. The University provides academic services, works with the private sector and considers itself part of a national and global network for the acquisition and dissemination of knowledge. 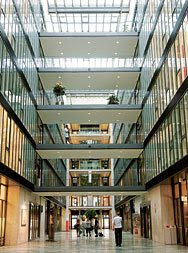 Zurich’s international reputation is based on groundbreaking research, particularly in molecular biology, brain research and anthropology, and on the work of the University Hospital and Veterinary Hospital. 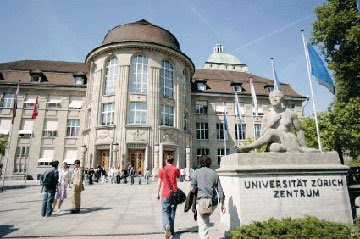 The University’s researchers, lecturers and students benefit from the infrastructure that Zurich provides as a center of teaching and research. Apart from its own institutions, the University offers its members access to archive collections, libraries and the facilities of the Federal Institute of Technology (ETH), as well as to the city’s private institutions. Nine museums and collections, covering subjects from anthropology to zoology, constitute yet another valuable academic resource. 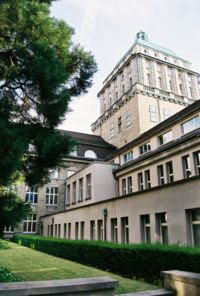 Currently, the University has faculties of arts, economics, law, medicine, science, theology and veterinary medicine, offering the widest range of subjects and courses at any Swiss higher education institution.

The University of Zurich was founded on April 29, 1833, when the existing colleges of theology (founded by Huldrych Zwingli in 1525), law and medicine were merged together with a new faculty of Philosophy. It was the first university in Europe to be founded by the state rather than a monarch or church. The university allowed women to attend philosophy lectures from 1847, and admitted the first female doctoral student in 1866. The Faculty of Veterinary Medicine was added in 1901, the oldest such faculty in the world. In 1914, the University moved to new premises designed by the architect Karl Moser on Rämistrasse 71. 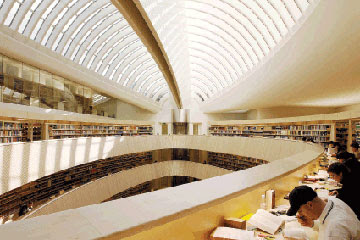 The seven faculties of the UZH are responsible for research, teaching and public services in their relevant fields.

Except for medicine, the University pursues an admission policy as follows. All students who have a Matura or an equivalent secondary school qualification can study for a year. After this assessment year, only those passing the exams may proceed their studies. On average, about one half passes the assessment year (differing across faculties and particular program). To study medicine, even to be granted permission to enter the assessment year, exams need to be passed. Admission to a Masters degree naturally requires a Bachelor. Admission to a PhD programme requires a Masters degree with honours and clear research orientation.

Email ThisBlogThis!Share to TwitterShare to FacebookShare to Pinterest
Labels: Switzerland, University of Zurich