The University of Glasgow is the fourth oldest university in the English-speaking world. It dates from 1451 when King James II of Scotland persuaded Pope Nicholas V to grant a lead seal, or bull, authorising Bishop William Turnbull of Glasgow to set up a university.

For its first nine years, the fledgling university was based at Glasgow Cathedral. In 1460, the University moved to High Street, where, over the next 400 years, it continued to expand both in its scope and size. It was a centre of the both the industrial revolution and the Scottish Enlightenment.

As it grew however, the University was restricted by the encroaching overcrowding and squalor of the city and the expanding factories and railways, fruits of the industrial expansion it had helped to shape. As a result, in 1870, it moved to its current familiar west end location at Gilmorehill, then a greenfield site enclosed by a large loop of the River Kelvin.
Gilmorehill

As part of the move, Pearce Lodge and the Lion and Unicorn Staircase were moved stone by stone from the old site to the new and both can still be seen today. Meanwhile, the rest of the campus at Gilmorehill was centred on a neo-Gothic main building designed by Sir George Gilbert Scott; his son John Oldrid Scott, added the spire. From that time on, the University has stood as a landmark across the city, with its distinctive profile silhouetted against the skyline.

Today, the University of Glasgow is one of the top 100 universities in the world with an international reputation for its research and teaching and an important role in the cultural and commercial life of the country.

It is one of the UK's largest universities with almost 16,000 undergraduate and 4000 postgraduate students. With over 5000 staff and an annual turnover of £290M University of Glasgow not only becomes a major employer in the city but also make a substantial contribution to the local economy. 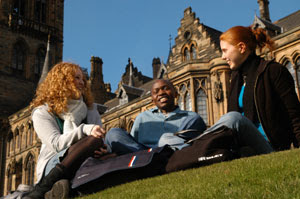 Although firmly rooted in the west of Scotland, the University of Glasgow is nevertheless an international institution, attracting students from 80 countries and sending large numbers of students on study periods abroad.

Today the research projects are typically international, with academics from every continent working in Glasgow, while the University's own staff make valued contributions to collaborative work with some 200 institutions around the world. 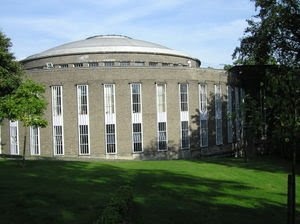 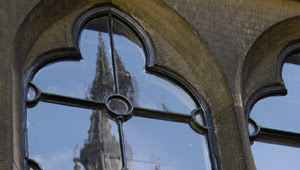 Email ThisBlogThis!Share to TwitterShare to FacebookShare to Pinterest
Labels: Glasgow University, Scotland
Newer Post Older Post Home
The roots of education are bitter, but the fruits is sweet ~ Aristotle
Education is the most powerful weapon which you can use to change the world ~ Nelson Mandela
Education is not a preparation for life, Education is life itself ~ John Dewey