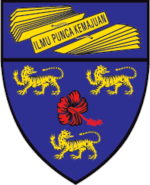 The University of Malaya (Abbreviation: UM; Malay: Universiti Malaya) is the oldest university in Malaysia. The university motto is Ilmu Punca Kemajuan (English: Knowledge is the Source of Progress).

In September 1904, Tan Jiak Kim led a group of representatives of the Chinese and other non-European communities, and petitioned the Governor of the Straits Settlements, Sir John Anderson, to establish a medical school in Singapore. Tan, who was the first president of the Straits Chinese British Association, managed to raise $87,077, of which the largest amount of $12,000 came from himself. On 3 July 1905, the medical school was founded, and was known as the Straits and Federated Malay States Government Medical School. The medical library was first housed in the students' reading room within the school, converted from the vacant old female lunatic asylum in Sepoy Lines. 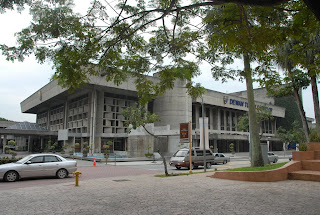 Two decades later, Raffles College was merged with the King Edward VII College of Medicine to form the University of Malaya on 8 October 1949. The two institutions were merged to provide for the higher education needs of the Federation of Malaya and Singapore.

The growth of UM was very rapid during the first decade of its establishment and resulted in the setting up of two autonomous divisions in 1959, one located in Singapore and the other in Kuala Lumpur.

On June 16, 1962, the university celebrated the installation of its first Chancellor, Tunku Abdul Rahman, Malaysia's first Prime Minister. The first Vice-Chancellor was former Dean, Sir Alexander Oppenheim, the world renowned mathematician who formulated the Oppenheim conjecture in 1929. When Oppenheim left in 1965 with no successor in sight, Rayson Huang who later went on to become the first Asian Vice-Chancellor of the University of Hong Kong, was asked to take over as the Acting Vice Chancellor. He served in that capacity for 12 months but declined reappointment in order to return to academic pursuits. 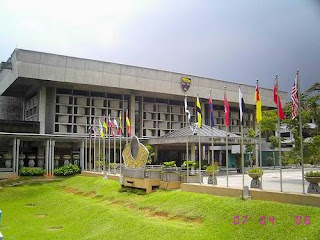 Chin Fung Kee, an authority in geotechnical engineering, replaced Huang as Acting Vice-Chancellor until the university succeeded in filling the position in 1967 by the appointment of James H.E. Griffiths. A distinguished physicist and a fellow of Magdalen College, Griffiths was also the former head of Clarendon Laboratory of Oxford University and one of the discoverers of ferromagnetic resonance.

In 1968, economist Ungku Abdul Aziz succeeded Griffiths as Vice-Chancellor, making him the second Malaysian after Chin to be elevated to the highest executive office in UM and the first Malaysian to be appointed as full Vice-Chancellor. This development was a precursor to the introduction of ethnic quotas into public universities with the introduction of the New Economic Policy in 1971. 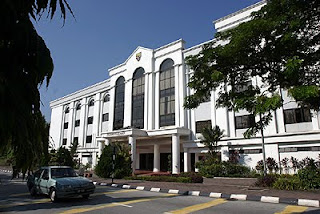 On May 1, 2006, the first woman Vice-Chancellor when former Dean of the Faculty of Law, Universiti Malaya and later assistant governor of Bank Negara Malaysia, Rafiah Salim, was appointed to the position.

The THES - QS World University Rankings has ranked UM in the top 200 universities of the world, although its position has varied from 89 to 246. It was ranked 89, 169, 192, 246, 230 and 180 for the years 2005 to 2009 respectively, and these fluctuations were perceived as a progressive drop and became an object of public questioning and controversy about the perceived declining standards of Malaysian universities and the apparent lackadaisical attitude of UM in addressing long standing issues. This prompted the Ministry of Higher Education to establish its own competitive ranking system between Malaysian public universities known as the Rating System for Malaysian Higher Education Institutions or SETARA following an Academic Reputation Survey conducted the year before. The results of the first SETARA exercise were published in 2008 and University of Malaya came out as the top university in the country. It was the only university which achieved a rating of 5 (out of maximum 6).

Main
The Main Campus is located in the suburb of Lembah Pantai, southwest of Kuala Lumpur. The campus has an area of 750 acres (3.0 km²) and is the original campus of the Kuala Lumpur division of the original University of Malaya. Most of the main administrative buildings and faculties are located here. The 80 hectare Rimba Ilmu Botanical Gardens are also located within the campus.

City
The City Campus is located in the Bukit Persekutuan area of Kuala Lumpur approximately 15 minutes away from the Main Campus. The University of Malaya Centre for Continuing Education, Institute of Principalship Studies, International Institute of Public Policy and Management, Graduate School of Business and the City Campus library are located here.

Email ThisBlogThis!Share to TwitterShare to FacebookShare to Pinterest
Labels: Malaysia, University of Malaya

every victory has its beginning.. congratz UM!n i'm sure that the rank will improve..
lecturer bangla?then what?i dun see any problems with that..
i already got my spm result,thank god its ok!i really hope that i can further my study at UM in medicine..although there's so many what some people called BANGLA lecturer teaching there..i dun care..i'm there to study:)

proud to be um student =)