Durham University is a university in Durham, United Kingdom. It was founded as the University of Durham (which remains its official and legal name) by Act of Parliament in 1832 and granted a Royal Charter in 1837. It was one of the first new universities to open in England for more than 600 years, and claims to be England's third oldest after Oxford and Cambridge (although other higher education institutions also make this claim – see third oldest university in England debate). It stands in Durham, on the River Wear, and in Stockton-on-Tees.

Durham is a collegiate university, with its main functions divided between the central departments of the University and 16 colleges. In general, the departments perform research and provide centralised lectures to students, while the colleges are responsible for the domestic arrangements and welfare of undergraduate students, graduate students, post-doctoral researches and some University staff. Colleges decide which students they are to admit, and appoint their own fellows (senior members). In Durham, "the university" often refers to the University as opposed to the colleges. 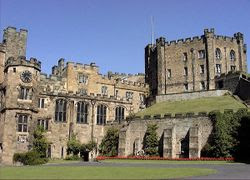 The Chancellor of the University is Bill Bryson, appointed by the University's Convocation on 4 April 2005. The University was named Sunday Times University of the Year in 2005, having previously been shortlisted for the award in 2004. 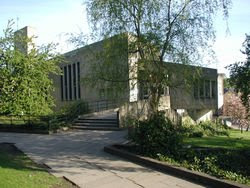 The post-nominal letters of graduates have "Dunelm" attached to indicate the university.

The University was founded in 1832, and developed in Durham and Newcastle until 1963, when the independent University of Newcastle upon Tyne came into being. The University is collegiate and is located in the city of Durham and the nearby town of Stockton-on-Tees. The colleges are not teaching bodies, nor are they purely residential - typically they provide a centre for students' sporting, social and residential activities. 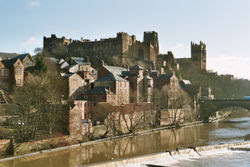 The University's Queen's Campus, Stockton opened in 1992. Over 2,000 full-time students are now studying in purpose-built accommodation 23 miles south of Durham, on the banks of the River Tees. 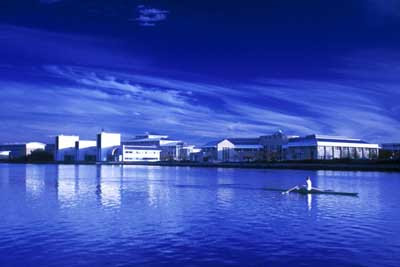 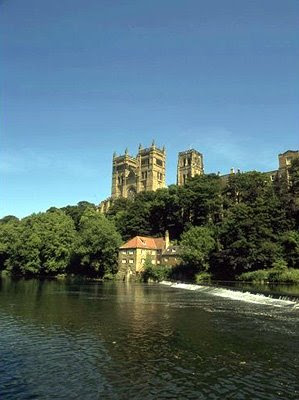 The teaching departments of the University are divided into three faculties: Science, Arts and Humanities, and Social Sciences and Health. Each faculty has a Dean and one or more Deputy Deans. These, along with the heads of the departments in the faculty, the Vice-Chancellor, and the Pro-Vice-Chancellors, make up the Faculty Board for that faculty. Each department also has a Board of Studies consisting of the Dean and Deputy Dean of their faculty, the teaching staff of the department, and student representatives. See also Natural Sciences, one of the largest degree programmes.