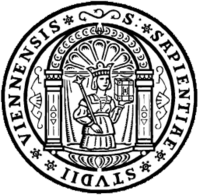 The University of Vienna (German: Universität Wien) is a public university located in Vienna, Austria. Having opened in 1365, it is one of the oldest universities in Europe. It offers more than 130 courses of study, and is attended by more than 63,000 students. Its unofficial name among many Austrians is Hauptuni (English: "Main Uni").Since 1365 it has grown to a complex organisation of more than 60,000 students and 6,000 employees. 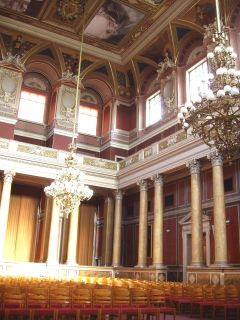 The University of Vienna was founded by Duke Rudolph IV in 1365. It is the oldest university in the German-speaking cultural area and one of the largest in Central Europe.

Brief History
The University was founded on March 12, 1365 by Duke Rudolph IV and his brothers Albert III and Leopold III, hence the additional name "Alma Mater Rudolphina". After the Charles University in Prague and Jagellonian University in Krakow, the University of Vienna is the third oldest university in Central Europe and one of the oldest universities in the German-speaking world. (The first with official German language was Charles University in Prague, the oldest in the Holy Roman Empire).
In 1365, Rudolph IV sanctioned a deed of foundation for a doctoral-level university in Vienna, modelled on the University of Paris. However, Pope Urban V did not ratify the deed, specifically in relation to the department of theology, presumably due to pressure exerted by Emperor Charles IV who wished to avoid competition for Prague University. Approval was finally received from the Pope in 1384 and Vienna University was granted the status of a full university (including the theology department). The first university building opened in 1385.

Women were admitted as full students from 1897, although their studies were limited to philosophy. The remaining departments gradually followed suit, although with considerable delay: medicine in 1900, law in 1919, Protestant theology in 1923, and finally Catholic theology in 1946. Eight years after the admission of the first female students, Elise Richter became the first woman to receive habilitation, becoming professor of Romance Languages in 1905; she was also the first female distinguished professor. The first female chair of the university was not awarded until after the Second World War, to physicist Berta Karlik.
The organisational structure of the University of Vienna:

The University of Vienna is divided into 15 faculties, 2 centres and a number of administrative institutions and services.

The departments and institutions of the University of Vienna are situated in over 60 sites across the city of Vienna.
Faculties: 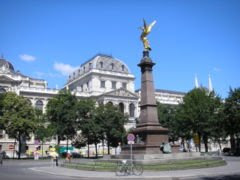 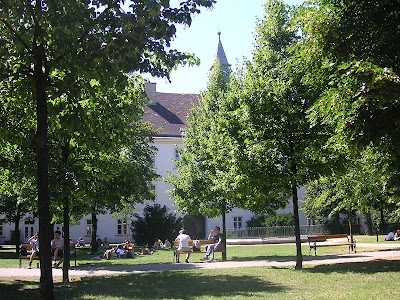 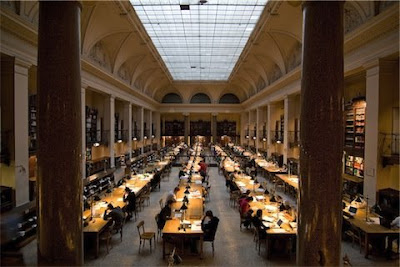 Email ThisBlogThis!Share to TwitterShare to FacebookShare to Pinterest
Labels: Austria, University of Vienna