The École Polytechnique Fédérale de Lausanne (EPFL) is the Swiss Federal Institute of Technology in Lausanne, Switzerland. The EPFL is ranked the world's 18th university in the field of "Engineering/Technology and Computer Sciences" in the 2008 academic ranking of world universities by Shanghai Jiao Tong University . The EPFL is in the heart of Europe and is one of Europe's leading institutions of science and technology. In the communication field, EPFL is considered among the top three universities in the world.

The school was founded by the Swiss Federal Government with the stated mission to:
Educate engineers and scientists
Be a national center of excellence in science and technology
Provide a hub for interaction between the scientific community and industry

The sister institution in the German-speaking part of Switzerland is the Eidgenössische Technische Hochschule Zürich (ETH Zürich or ETHZ). Associated with several specialised research institutes, the two sister institutes form the ETH Domain, which is directly dependent on the Federal Department of Home Affairs.

In 1969, the EPUL was separated from the rest of the University of Lausanne and became a federal institute under its current name. The EPFL, like the ETHZ, is thus directly controlled by the Swiss federal government. In contrast, all other universities in Switzerland are controlled by their respective cantonal governments.

The EPFL operates a nuclear reactor, CROCUS, a Tokamak fusion reactor, and P3 bio-hazard facilities. Following the nomination of Patrick Aebischer as president in 2000, EPFL has started to develop into the field of life sciences. It will absorb the ISREC (Swiss Institute for Experimental Cancer Research) by 2008. 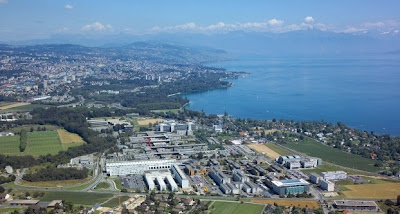 EPFL At a Glance

EPFL is one of the two Ecoles Polytechniques fédérales in Switzerland. Like its sister institution, ETHZ, it has three missions: education, research and technology transfer at the highest international level. Associated with several specialised research institutes, the two EPFs form the EPF domain, which is directly dependent on the Federal Department of Home Affairs.

EPFL, in its idyllic location on the shores of Lake Geneva, brings together a campus of more than 10,000 people. By its novel structure, the school stimulates collaboration between students, professors, researchers and entrepreneurs. These daily interactions give rise to new and groundbreaking work in science, technology and architecture.

Earn a Bachelor's, Master's or Doctoral degree at the highest international level 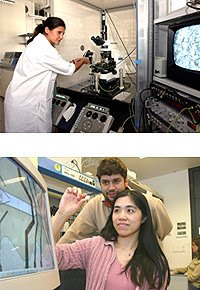 These study programs are designed to be flexible and modular. They meet the requirements of the Bologna accords and as a result, students can take advantage of a wide array of exchange opportunities, and the degrees they earn are internationally recognized.

Students in EPFL's School of Continuing Education have the opportunity to strengthen and update their skills and knowledge, giving them a competitive edge in a rapidly evolving professional environment. The School offers a wide range of courses from seminars to postgraduate Master's degrees. These modular programs can also be adapted to meet individual companies' needs. 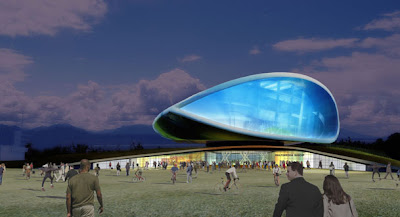 With more than 250 laboratories and research groups on campus, EPFL is one of Europe's most innovative and productive technology institutes.

The campus offers services and facilities to transform scientific excellence into economic competitiveness, jobs and quality of life. A start-up incubator, coaching services, study programs in entrepreneurship, and innovation programs all serve to stimulate the links between lab and business. The Science Park on campus is home to more than 100 enterprises and numerous investors. EPFL is rich in new technology, research infrastructure, academic partnerships and other numerous forms of collaboration, making it a particularly attractive environment for start-ups and technology enterprises.


A Campus, a City

The environment at EPFL is one of exchange and interaction. With 107 nationalities represented on campus and more than 50% of our professors coming from abroad, the School is one of the world's most cosmopolitan universities.

At EPFL, women benefit from a policy of active promotion and support at all levels. The proportion of female students has increased by 30% over the past five years.

The EPFL campus is contiguous with that of the University of Lausanne, an institution that excels in economics, the social sciences and humanities, as well as in earth sciences, biology and medicine. Taken together, the two campuses count 25,000 students, nearly 10% of the population of the larger Lausanne metropolitan area. This gives the city a unique dynamic. Lausanne offers students a wide palette of cultural and sports activities, unusual for a city of her size. Lausanne is also known internationally as the seat of the International Olympic Committee.