The University has seven colleges and schools: the Carnegie Institute of Technology (engineering), the College of Fine Arts, the College of Humanities and Social Sciences, the Mellon College of Science, the Tepper School of Business (formerly the Graduate School of Industrial Administration), the School of Computer Science, and the H. John Heinz III School of Public Policy and Management. 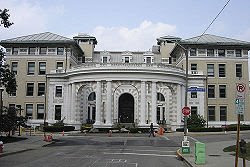 Since its inception, Carnegie Mellon has grown into a world-renowned institution, with programs that are frequently ranked among the best in the world. In the 2008 edition, U.S. News and World Report ranked Carnegie Mellon's undergraduate program 22nd in the nation, and its graduate programs in Computer Science 1st, Engineering 6th, Business 17th, Public Policy Analysis 4th, and Graphic Design 6th. The university attracts students from all 50 U.S. states and 93 countries and was named one of the "New Ivies" by Newsweek in 2006. Peer institutions of Carnegie Mellon include Caltech, Cornell, Duke, MIT, Northwestern, Princeton, Rice, Stanford and University of Pennsylvania.
History
Carnegie Technical Schools was founded in 1900 in Pittsburgh by the Scottish American industrialist and philanthropist Andrew Carnegie, who wrote the time-honored words "My heart is in the work" when he donated the funds to create the institution. Carnegie's vision was to open a vocational training school for the sons and daughters of working-class Pittsburghers. The name was changed to the Carnegie Institute of Technology in 1912, and the school began offering four-year degrees. In 1965, it merged with the Mellon Institute of Industrial Research to become Carnegie Mellon University. In addition, Carnegie founded Carnegie Mellon's coordinate women's college, Margaret Morrison Carnegie College in 1903 (the college closed in 1973).

There was little change to the campus between World War I and II. A 1938 master plan by Githens and Keally suggested acquisition of new land along Forbes Avenue, but the plan was not fully implemented. The period starting with the construction of GSIA (1952) and ending with Wean Hall (1971) saw the institutional change from Carnegie Institute of Technology to Carnegie Mellon University. New facilities were needed to respond to the University's growing national reputation in artificial intelligence, business, robotics, and the arts. In addition, an expanding student population resulted in a need for improved facilities for student life, athletics, and libraries. The campus finally expanded to Forbes Avenue from its original land along Schenley Park. A ravine long known as "the cut" was gradually filled in to campus level, joining "the Mall" as a major campus open space. 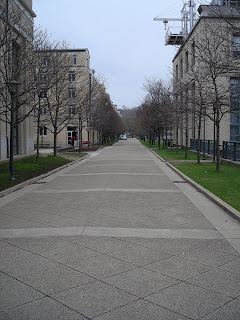 In the 1990s and into the 2000s, Carnegie Mellon solidified its status among elite American universities, consistently ranking in the top 25 in US News and World Report rankings. Carnegie Mellon is distinct in its interdisciplinary approach to research and education and through the establishment of programs and centers that are outside the limitations of departments or colleges has established leadership in fields such as computational finance, information systems management, arts management, product design, behavioral economics, human-computer interaction, entertainment technology, and decision science. Within the past two decades, the university has built a new University Center, theater and drama building (Purnell Center), business school building (Posner Hall), and several dormitories. Baker Hall was renovated in the early 2000s, and new chemistry labs were established in Doherty Hall soon after. Several computer-science buildings, such as Newell Simon Hall, also were established, renovated, or renamed in the early 2000s. The university is in the process of building the Gates Center for Computer Science and renovating historic academic and residence halls.

The Gates Center for Computer Science will sit on a 5.6-acre site on the university's West Campus, surrounded by Cyert Hall, the Purnell Center for the Arts, Doherty Hall, Newell-Simon Hall, Smith and Hamburg halls and the Collaborative Innovation Center. It will contain 318 offices as well as labs, computer clusters, lecture halls, classrooms and a 250-seat auditorium. The Gates Center for Computer Science was made possible by a $20 million lead gift from the Bill & Melinda Gates Foundation. The building is anticipated to be completed within 2 years. 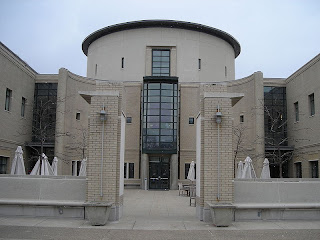 On April 15, 1997, Jared L. Cohon, former dean of Yale University's School of Forestry and Environmental Studies, was elected president by Carnegie Mellon's Board of Trustees. During Cohon's presidency, Carnegie Mellon has continued its trajectory of innovation and growth. He leads a strategic plan that aims to leverage the University's strengths to benefit society in the areas of biotechnology and life sciences, information and security technology, environmental science and practices, the fine arts and humanities, and business and public policy. 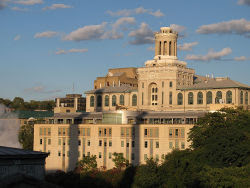 Carnegie Mellon's offerings in computer science, engineering, business, public policy, psychology, and the arts are considered among the best in their fields. Carnegie Mellon is ranked 22nd amongst national research universities in the most recent US News and World Report rankings. In the Times Higher Education Supplement (THES) ranking of world universities, Carnegie Mellon ranks 12th overall in the United States (20th in the world) and fifth in the United States (7th in the world) in the "Engineering/IT" category. The university is one of 60 elected members of the Association of American Universities and its academic reputation has led it to be included in Newsweek’s list of “New Ivies”.

Carnegie Mellon has consistently ranked first for graduate studies in computer science in the US, in rankings released by the US News and World Report. Carnegie Mellon is also ranked #13 in the social sciences and #14 in Engineering/Technology and Computer Sciences among Shanghai Jiao Tong University's world's top 100 universities.Detailed information on the rankings of undergraduate and graduate programs at Carnegie Mellon is available on the University website. 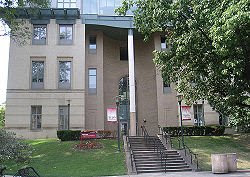