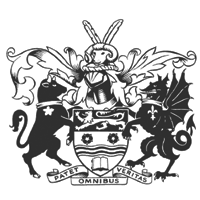 Lancaster is a collegiate university, with its main functions divided between three central faculties and nine colleges. In general, the faculties perform research and provide centralised lectures to students, while the colleges are responsible for the domestic arrangements and welfare of undergraduate students, graduate students, post-doctoral researchers and some University staff. 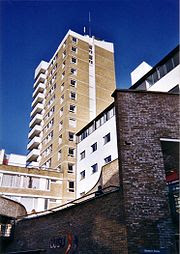 Following the Second World War the future of higher education became an important concern of the government as it tried to cope with the demands of an expanding population and the advent of a new technological age. Between 1958 and 1961, this balance was readdressed as 7 new plate glass universities were announced; one of these was the University of Lancaster.

The University was established by Royal Charter in 1964. The Charter stipulated that HRH Princess Alexandra of Kent be the first Chancellor. She was inaugurated in 1964. The ceremony also saw the granting of various honorary degrees to dignitaries including Prime Minister Harold Wilson. Princess Alexandra served the University as Chancellor until retiring in 2004: she was the longest serving Chancellor of any British university.

The University accepted its first students in October 1964 and there were initially 13 professors, 32 additional members of teaching and research staff, 8 library staff and 14 administrators on academic grades. The motto, "patet omnibus veritas", which means "truth lies open to all", was adopted by the new university. The first Science students were admitted in 1965.

The University was temporarily based in the city after its establishment. A lecture theatre and the University's first JCR were based in Centenary Church, a former congregational church, opposite the old factory premises of Waring & Gillow, which were used to accommodate the new students. Many new students were housed in Morecambe. The Grand Theatre was leased as a main lecture room and 112 and 114 within the St Leonard's area became teaching and recreational rooms. The library occupied the old workshops of Shrigley and Hunt on Castle Hill. 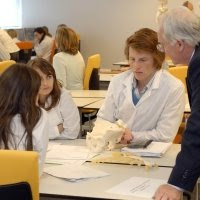 The University is divided into three faculties:

The Faculty of Arts and Social Sciences consisting of the school of Law and the departments of Applied Social Science; Educational research; English and Creative Writing; European Languages and Cultures; History; Linguistics and English Language; Philosophy; Politics and International Relations; Religious Studies and Sociology, the Institutes for Cultural Research; for Health Research; for the Contemporary Arts (Art, Design, Music & Theatre Studies) and the Ruskin centre.

The Faculty of Science and Technology consisting of the departments of Biological Sciences; Communications Systems; Computing; Engineering; Environmental Sciences; Geography; Mathematics and Statistics; Natural Sciences; Physics and Psychology, and the School of Health and Medicine.