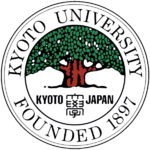 Kyoto University is a major national university in Kyoto, Japan. It is the second oldest university in Japan, and formerly one of the Imperial Universities of Japan. The university has a total of about 22,000 students enrolled in its undergraduate and graduate programs.

Kyoto University has historically advocated a "spirit of freedom" in its academic activities. The university established itself as a premier research university with six Nobel Laureates and two Fields Medalists among its faculties and alumni. The university is also known as the home of the Kyoto School group of philosophers. 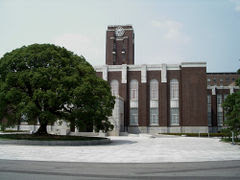 University Clock Tower
History
The forerunner of the university was the Chemistry School (Seimi-kyoku) founded in Osaka in 1869, which, despite its name, taught physics as well. Later, the Third Higher School was established in the place of Seimi-kyoku in 1886, it then transferred to the university's present main campus in the same year.

After World War II, the current Kyoto University was established by merging the imperial university and the Third Higher School, which assumed the duty of teaching liberal arts as the Faculty of Liberal Arts ( Kyōyōbu). The faculty was dissolved with the foundation of the Faculty of Integrated Human Studies ( Sōgō ningen gakubu) in 1992.