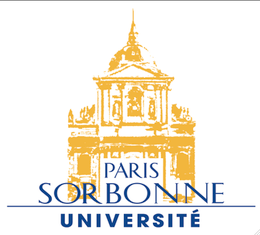 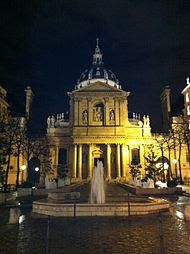 Paris-Sorbonne University is a public research university in Paris, France. The 1968 cultural revolution, commonly known as the French May, resulted in the division of the world's second oldest academic institution, the University of Paris, into thirteen autonomous universities. Paris-Sorbonne University is the inheritor of the former arts, languages and humanities faculties of the University of Paris.
The University has twelve campuses in Paris, seven of them in the historic Latin Quarter, one in the Marais and two others respectively in Malesherbes and in Clignancourt. Paris-Sorbonne is composed of seventeen departments specializing in the arts, humanities and languages and enrolls about 14,000 undergraduate and 10,000 graduate students from France and around the world every year. Paris-Sorbonne also houses France's prestigious communication and journalism school, CELSA, located in the Parisian suburb of Neuilly-sur-Seine. 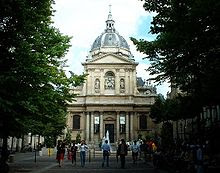 History
Paris-Sorbonne is often referred to as the Sorbonne or La Sorbonne after the theological college (Collège de Sorbonne) founded in 1257 by Robert de Sorbon of the historic University of Paris.
The historic University of Paris (French: Université de Paris) first appeared in the second half of the 12th century, but was reorganised in 1970 as 13 autonomous universities after the student protests of the French May. Following months of conflict between students and authorities at the University of Paris at Nanterre, the administration shut down that university on May 2, 1968. Students of the Sorbonne protested the closure and the threatened expulsion of several students at Nanterre on May 3, 1968. More than 20,000 students, teachers and supporters marched towards the Sorbonne, still sealed off by the police, who charged, wielding their batons, as soon as the marchers approached. While the crowd dispersed, some began to create barricades out of whatever was at hand, while others threw paving stones, forcing the police to retreat for a time. The police then responded with tear gas and charged the crowd again. Hundreds more students were arrested. 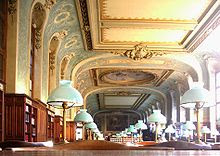 Negotiations broke down and students returned to their campuses after a false report that the government had agreed to reopen them, only to discover the police still occupying the schools. The students now had a near revolutionary fervor. Another protest was organized on the Rive Gauche by students on May 10. When the riot police again blocked them from crossing the river, the crowd again threw up barricades, which the police then attacked at 2:15 in the morning after negotiations once again foundered. The confrontation, which produced hundreds of arrests and injuries, lasted until dawn of the following day.
Well over a million people marched through Paris on Monday, May 13; the police stayed largely out of sight. Prime Minister Georges Pompidou personally announced the release of the prisoners and the reopening of the Sorbonne. However, the surge of strikes did not recede. Instead, the protesters got even more active.
When the Sorbonne reopened, students occupied it and declared it an autonomous "people's university." Approximately 401 popular action committees were set up in Paris, including the Occupation Committee of the Sorbonne, and elsewhere in the weeks that followed to take up grievances against the government and French society.
With the fall of the French Fourth Republic after the tumultuous events of May 1968, the French Fifth Republic proposed various drastic reforms of the French university system. In 1971, the five ancient faculties of the former University of Paris were split and then re-formed into thirteen interdisciplinary universities by the Faure Law.
Four of these new universities now share the premises of the historic Sorbonne building, which, until that time, had been mainly reserved for the Faculties of Arts and Human Sciences. These four universities were also given other premises in different locations throughout Paris.
Three universities have kept the Sorbonne name as part of their official title: the University Paris-Sorbonne inheritor of the Arts and Humanities and the University of Paris III, which is located mainly in its Censier campus. The University of Paris 1 Pantheon-Sorbonne also wanted to keep Sorbonne for the international recognition. The Sorbonne premises also house part of the Paris Descartes University (inheritor of the Medicine department) and the Chancellery, the educational authority of Paris.
Since its establishment following the university reforms, Paris-Sorbonne has been governed by five presidents; the founding president, historian Alphonse Dupront, was succeeded by the philosopher Raymond Polin, who was followed by hellinist Jacques Bompaire. Next came religious historian Michel Meslin and subsequently Jean-Pierre Poussou, a historian of the urban and contemporary world. In May 1998, Georges Molinie, a specialist in modern French stylistics, was elected. He was replaced by geographer Jean-Robert Pitte in 2003. Following the University's elections in March 2008, Georges Molinié was re-elected President of Paris-Sorbonne.