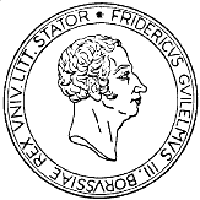 The University of Bonn (German: Rheinische Friedrich-Wilhelms-Universität Bonn) is a public research university located in Bonn, Germany. Founded in its present form in 1818, as the linear successor of earlier academic institutions, the University of Bonn is today one of the leading universities in Germany. The University of Bonn offers a large number of undergraduate and graduate programs in a range of subjects. Its library holds more than two million volumes. The University of Bonn has 525 professors and 27,800 students. Among its notable alumni and faculty are seven Nobel Laureates, two Fields Medalists, twelve Gottfried Wilhelm Leibniz Prize winners, Pope Benedict XVI, Heinrich Heine, Friedrich Nietzsche and Joseph Schumpeter.

History
The university's forerunner was the Kurkölnische Akademie Bonn (English: Academy of the Prince-elector of Cologne) which was founded in 1777 by Maximilian Frederick of Königsegg-Rothenfels, the prince-elector of Cologne. In the spirit of the Enlightenment the new academy was nonsectarian. The academy had schools for theology, law, pharmacy and general studies. In 1784 Emperor Joseph II granted the academy the right to award academic degrees (Licentiat and Ph.D.), turning the academy into a university. The academy was closed in 1798 after the left bank of the Rhine was occupied by France during the French Revolutionary Wars.
The Rhineland became a part of Prussia in 1815 as a result of the Congress of Vienna. Shortly after the seizure of the Rhineland, on April 5, 1815, the Prussian king Friedrich Wilhelm III promised the establishment of a new university in the new Rhine province (German: den aus Landesväterlicher Fürsorge für ihr Bestes gefaßten Entschluß, in Unsern Rheinlanden eine Universität zu errichten). At this time there was no university in the Rhineland, as all three universities that existed until the end of the 18th century were closed as a result of the French occupation. The Kurkölnische Akademie Bonn was one of these three universities. The other two were the Roman Catholic University of Cologne and the Protestant University of Duisburg.
The new Rhein University (German: Rhein-Universität) was then founded on October 18, 1818, by the Prussian king Frederick William III. It was the sixth Prussian University, founded after the universities in Greifswald, Berlin, Königsberg, Halle and Breslau. The new university was equally shared between the two Christian denominations. This was one of the reasons why Bonn, with its tradition of a nonsectarian university, was chosen over Cologne and Duisburg. Apart from a school of Roman Catholic theology and a school of Protestant theology, the university had schools for medicine, law and philosophy. Inititally 35 professors and eight adjunct professors were teaching in Bonn. 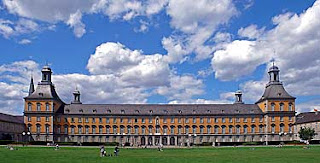 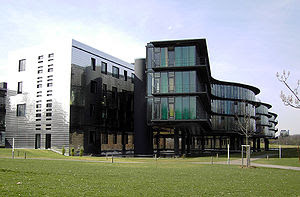